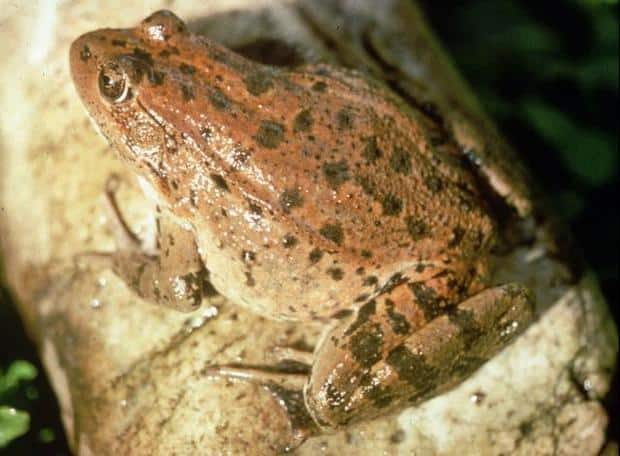 The California red-legged frog may become the official amphibian of California.

Is the California red-legged frog (Rana draytonii) worthy of becoming the state amphibian? What would be an alternative? The Kings River salamander (Batrachoseps regius) ? Nah. It is only named after a river. Or perhaps the Yosemite toad (Bufo canorus), which is named after Yosemite National Park? Yosemite is beautiful but what about most of the entire state? If State Assemblyman V. Manuel Pérez has his way, it would be the California red-legged frog, the very species made famous by the Mark Twain short story “The Celebrated Jumping Frog of Calaveras County.”  It is named after the entire state, and not just a certain location !

Pérez, a Democrat from Coachella has introduced a bill to name the famous jumping frog as the state amphibian of California. At the heart of the bill, according to Perez, is to educate elementary school children about the bill making process after students researched the frog and its ties to California history. Two students and their teacher will fly to Sacramento April 8 to testify for the bill, which comes before the state's Water, Parks and Wildlife Committee. And for those of you reading out of state, did you know that each year during the annual frog jumping event and fair in Calaveras County, local and state politicians are on hand to give their frogs a jump. 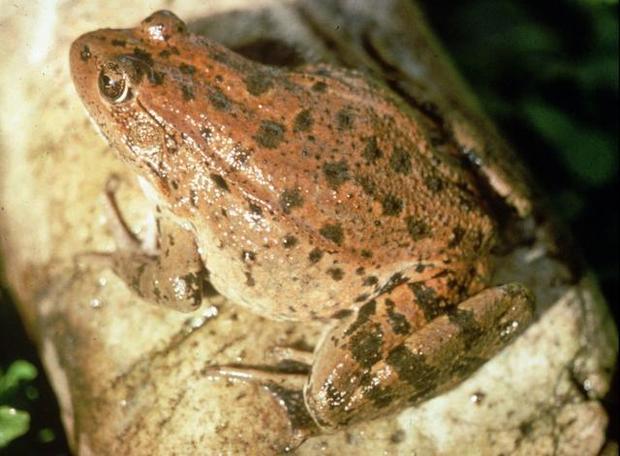 In related species news, the U.S. Fish and Wildlife Service last week released a proposed habitat conservation plan (HCP) for the frog in Sonoma County, Calif. The service received the HCP from a developer who wishes to build a 3,500 square foot house, 1,800 square foot agricultural building, and a 4.5 acre vineyard on an 8.5 acre site in the county. The HCP will include strategies to "avoid, minimize, and offset impacts" to the frog, which is a federally threatened species. The service is requesting public comments. Anyone who wishes to comment may send a letter via mail or fax to: