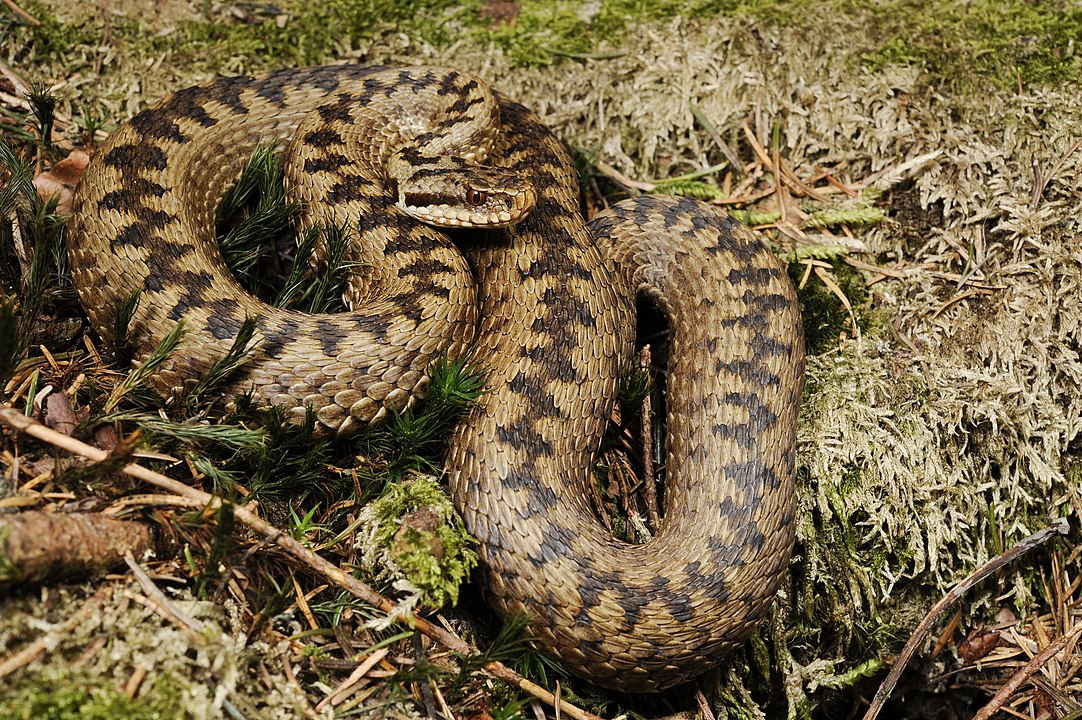 Vipera berus, also known as the common European adder and Britain’s only venomous snake, is being threatened by the yearly release of pheasants into t

Vipera berus, also known as the common European adder and Britain’s only venomous snake, is being threatened by the yearly release of pheasants into the countryside for game hunting, according to Amphibian and Reptile Groups of the UK (ARG UK). The group says the snake could become extinct in 12 years due to the uncontrolled release of about 47 million non-native pheasants and 10 million partridges for hunting purposes.

“The adder is on the brink of extinction in many sites across Britain … and it is the uncontrolled release of millions of pheasants by shooting estates which is pushing it over the brink, Nigel Hand, a trustee of Amphibian and Reptile Groups told the Guardian. “At this rate the adder will be extinct over much of its range by 2032, so it is essential we take action now to conserve it.” Hand has been studying the venomous snake for more than 20 years. Pheasants kill reptiles on sight. They peck at adults and eat the young snakes. The venomous snake cannot penetrate the bird’s feathers.

The adder is being negatively affected by habitat mismanagement, climate change, inbreeding and disturbance, but the release of the game birds is having the largest impact on the reptiles, Hand says.

“Where I live, near the Malvern Hills, the Eastnor Castle estate releases thousands of birds into the countryside. Many disperse across the hills and on to protected conservation sites where I have seen them kill adders and other reptiles. The release must be properly regulated so game birds do not end up on nearby wildlife sites.”

The ARG did a survey of the adder last year and found that 90 percent of the surveyed sites had 10 or fewer adult adders, making them vulnerable to local extinction. The UK government is being sued over the release of the game birds due to the negative impact on rare and threatened species.

Also known as the common European adder, this snake is widespread throughout Western Europe and East Asia. Their venom is not regarded as especially dangerous and the snake is not aggressive. The snake grows to about 24 inches in length depending on their locality, with some specimens growing to 41 inches in length. They are protected in England and it is illegal to kill, injure, harm or sell them. They feed on small mammals such as mice shrews and also eat lizards and small amphibians  and birds.