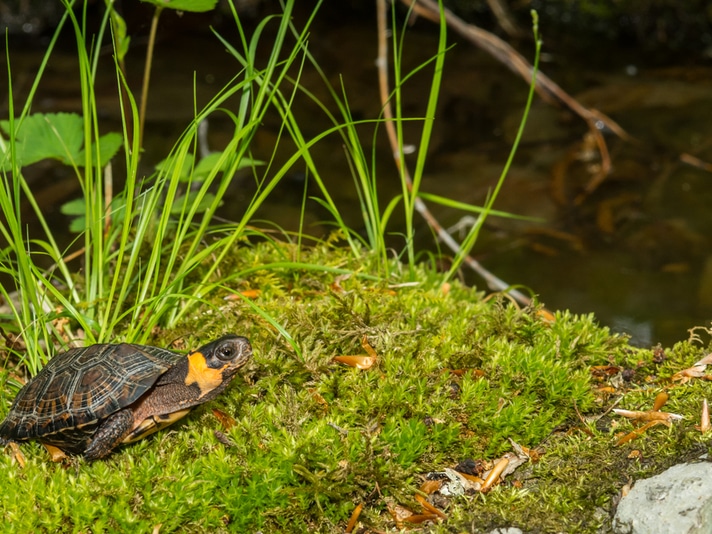 The bog turtle, one of the smallest turtles in North America, may soon become the official state reptile of New Jersey.

The bog turtle (Glyptemys muhlenbergii), a turtle that is about the size of a human palm and one of North America’s smallest turtle species, may just become the state reptile of New Jersey if a bill sponsored by state Sen. Christopher “Kip” Bateman becomes law. 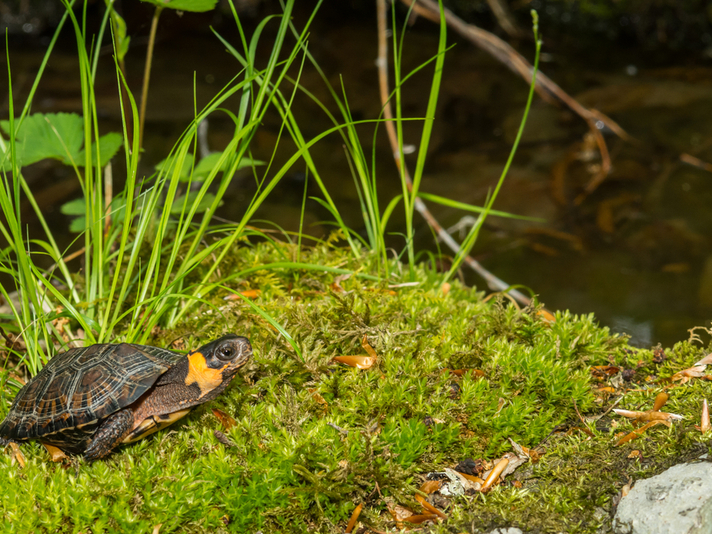 The bog turtle, one of the smallest turtles in North America, may soon become the official state reptile of New Jersey.

Bateman was made aware of the plight of the bog turtle in the state after students and teachers in Princeton launched a campaign to encourage local officials to protect the reptile by naming in the state reptile.

"You used to be able to find bog turtles almost anywhere in New Jersey, but habitat destruction has really taken its toll here,” Bateman said in a statement on his website. “We have to act fast before bog turtles are gone from the Garden State forever."

"I am very grateful to the students at Riverside Elementary and their teacher, Mark Eastburn, for inspiring me to become a fierce advocate for this unique and special creature. Together we will work hard to save New Jersey’s bog turtles from extinction.”

The turtle can only be found in three counties in the state and is listed as critically endangered by the International Union for Conservation of Nature (IUCN).

“From their first letters to Senator Bateman, to the Senator’s introduction of the first state reptile bill, and now to statewide activism between schools for bills in both the State Senate and General Assembly, this project has been a wonderfully enlightening opportunity for children to learn how their state government works," Eastburn said.

"What impressed me the most was their perseverance; they have now been working on this process for more than a year, with no signs of giving up until their favorite turtle is recognized as a state symbol.”

New Jersey does not yet have an official state reptile. Hopefully, the activism in these elementary students will give the bog turtle the designation.