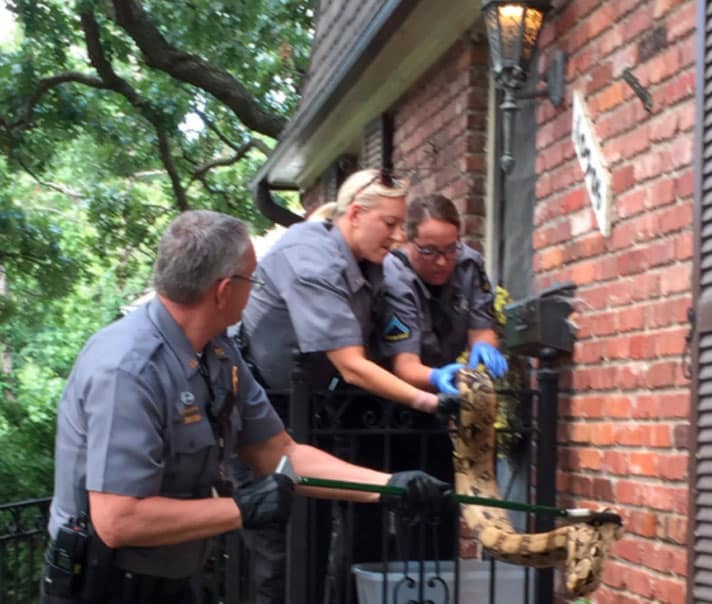 These animal control officers had quite the time with this boa constrictor.

Someone in Overland Park, KS is missing a beautiful boa constrictor and the Overland Park Police Department wants to get the reptile back to its rightful owner.

A Ball Python was found my a mailman and called Animal Control. The poor resident did not receive their mail today (obviously). The @OPPD_PIO is trying to talk the Animal Control Officers to put the snake under the @OPPD_Chief desk, but they won't. pic.twitter.com/YqahoO2pVn

The police department posted three photos of the large constricting snake and captioned it, “A Ball Python was found my a mailman and called Animal Control.

Never mind that the snake is not a ball python, but a very healthy looking boa constrictor. The police department got a little playful with the incident, saying that the department's public information officer tried to talk the city's animal control officers to place the very large snake under the desk of the chief of police, but ACO apparently would not. 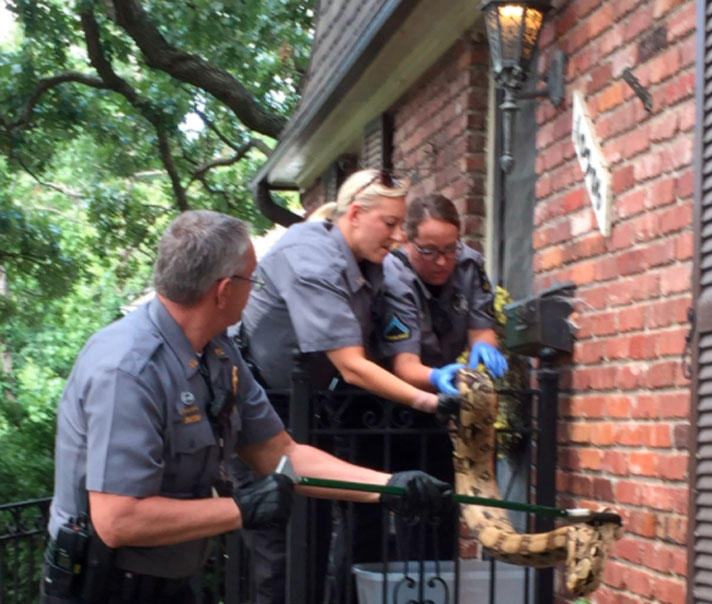 These animal control officers had quite the time with this boa constrictor.

It tool three animal control officers to remove the beautiful snake from the mail box and adjacent railing.

"Animal Control had an interesting day, the Overland Park Police Department tweeted. "Just wished they had put the snake under Chief Donchez's desk. The snake is a Red Tail Boa."

Twitter users went to town on the incident, with some arguing over the correct species while others mentioned who was actually working to remove the big snake.

Some even enjoyed the police department's social media humor:

I'm guessing the whole python vs. boa things been covered? Damn shame the under the desk thing was a no go though.

While others wanted to know the next steps:

She is beautiful. So what happens now?

If we still lived in OP, we'd give it a wonderful home! Hopefully, you find the owner.

Hopefully this very healthy looking boa constrictor gets back to its owner. He or she is probably worried sick. Wouldn't you?