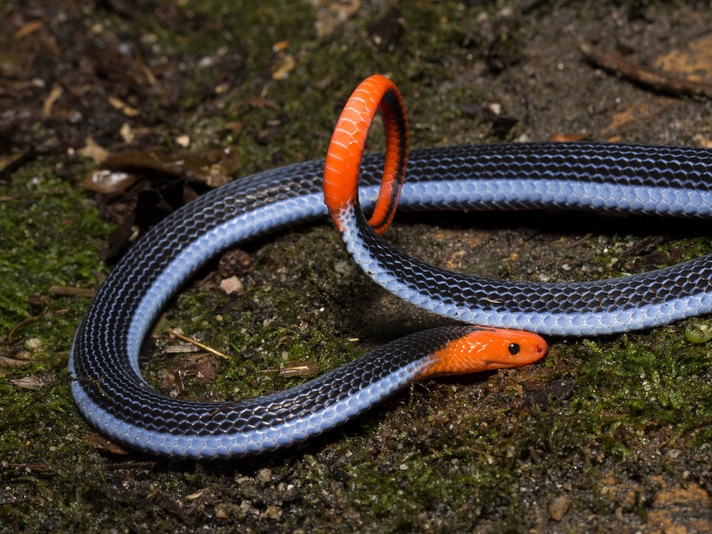 Greater Sea Snake Populations Larger Than Thought, Thanks To Citizen Scientist Snorkeling Grandmas
Man Photographs Lace Monitor Up The Wall Of His House
Field Herping For Snakes: Driving Or On Foot?

The long-glanded blue coral snake (Calliophis bivirgata) could be considered one of the most beautiful, yet deadly snakes in the world. It sports a very powerful toxin that it paralyzes its victim’s body with speed and precision. And, its favorite meals are juvenile king cobras (Ophiophagus hannah), kraits, and other venomous snakes.

The venom of this species of coral snake is what has scientists excited, not because the snake is often faster at striking an already fast king cobra, but because the venom glands of the long-glanded blue coral snake are massive for their size— they run 1/4 length of their body, which at adult size is about six feet. 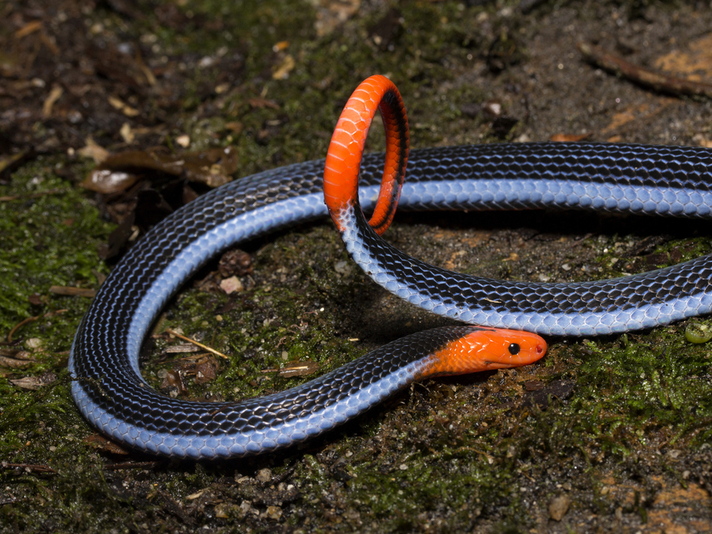 The long-glanded blue coral snake grows to about six feet in length and feeds primarily on juvenile king cobras, kraits and other snakes.

Scientists are interested in the element of a victim’s body that the venom targets, the sodium channels, or the proteins that spark electrochemical signals from nerve cell to nerve cell, or muscle cell to muscle cell. Once bitten the nerves of the victim fire at the same time, wreaking havoc on the body and triggering spasms, paralysis and a fast death.

Scientists in Australia have done a fairly comprehensive analysis of the venom of Calliophis bivirgata and believe that the toxin in the venom, called calliotoxin,  could lead to improved pain medicines for humans.

"Most snakes have a slow-acting venom that works like a powerful sedative. You get sleepy, slow, before you die," researcher Dr Bryan Fry of the University of Queensland told the BBC.

"This snake's venom, however, works almost immediately because it usually preys on very dangerous animals that need to be quickly killed before they can retaliate. It's the killer of killers."

Because of what the venom targets, researchers may find a new solution in pain management in humans.

"The venom targets our sodium channels, which are central to our transmission of pain,” Fry told the BBC. “We could potentially turn this into something that could help relieve pain, and which might work better on us."