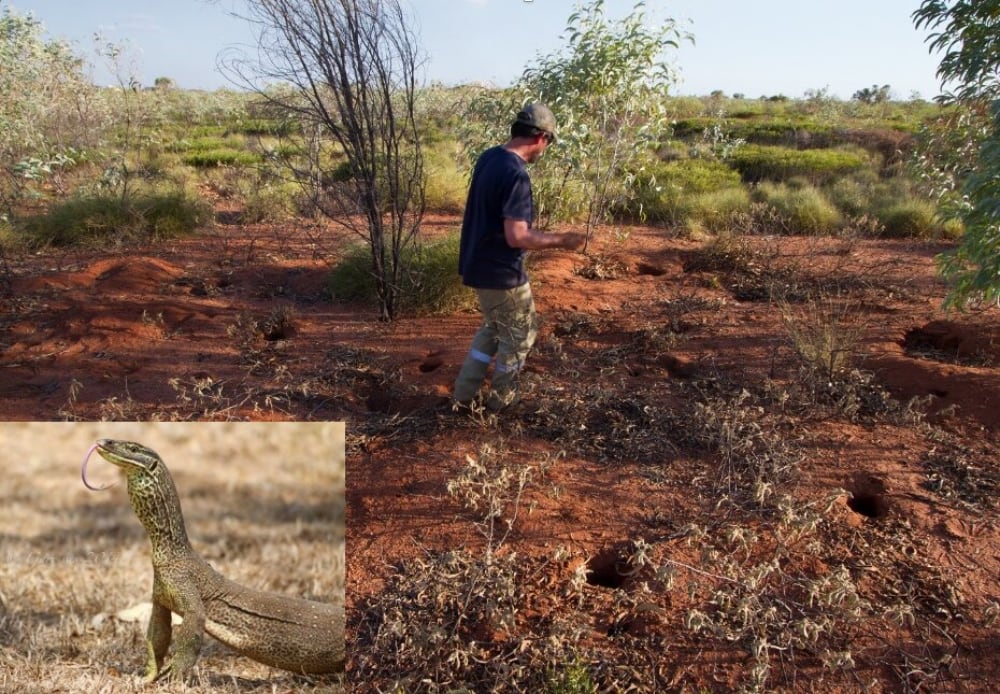 A 10 year University of Florida study on Australia’s yellow-spotted monitor lizard (Varanus panoptes horni) have concluded that these reptiles should be regarded as ecosystems engineers based on their capability create, modify, maintain and destroy a habitat.

The research, led by Sean Doody, University of South Florida assistant professor and graduate director of integrative biology, found that other small animal communities rely on the burrow system of the monitor lizards, (also known as the argus monitor), much like that of the gopher tortoise in the southern United States. The monitor lizard’s burrow, which is called a warren are used by other animals as habitat, nesting, and to forage for food.

The warren’s also serve as the nest for the lizard, which are as deep as 13 feet down, by far the deepest nests on earth of any vertebrate. The reptiles loosen the soil, which not only create warm and moist conditions for the eggs, but also create conditions that a variety of other animals take advantage of, including reptiles, frogs, induces and marsupials. Doody’s research team documented 747 different species of 28 vertebrate animals found in the monitor lizard warrens.

The warrens not only provide a nesting ground for the yellow-spotted monitor, but also critical habitat for those species that utilize them.

“The finding is significant as it shows that nesting warrens provide critical shelter and other resources for the small animal community,” Doody said in a University of South Florida press release. “The invasive cane toad is decimating the monitor lizards in some areas, meaning that these nesting warrens, which are re-used year after year, will disappear. This can impact the relative number of predators and prey, which can have unexpected consequences for the ecosystem, such as an overabundance of one species at the cost of another, which in other systems has threatened species with local extinction.”

The cane toad (Rhinella marina) has decimated the yellow-spotted monitor lizard populations. Studies of the reptile’s prey items from 2009-2017 showed that its prey populations increased while its own populations were negatively affected by the poisonous amphibian.

Doody and his research will now look at the perenite to determine if it too should be seen as an ecological engineer.

Doody’s research, “Ecosystem engineering by deep‐nesting monitor lizards” is published in the journal Ecology. You can read the abstract here.