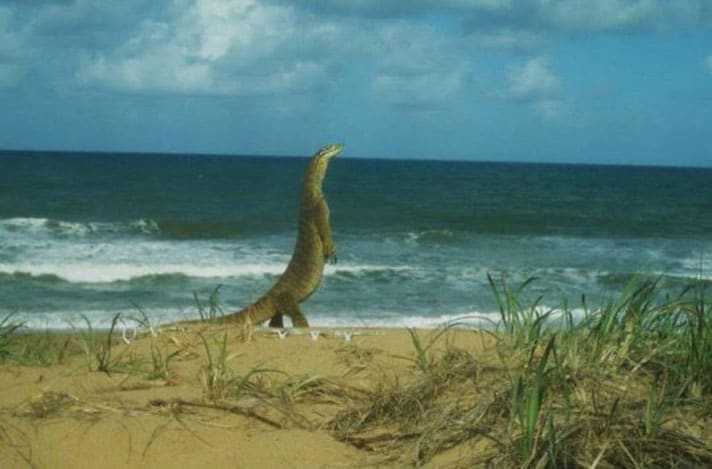 Researchers are unsure how the large lizards discover the nests, which are on the second most popular nesting beach for loggerhead turtles.

The Argus monitor (Varanus panoptes horni) on Queensland, Australia’s second largest loggerhead turtle nesting beach are now the number one predator of the reptile’s eggs, since the government put controls in the 1980s on the previous number one raider of turtle eggs, the feral red fox. 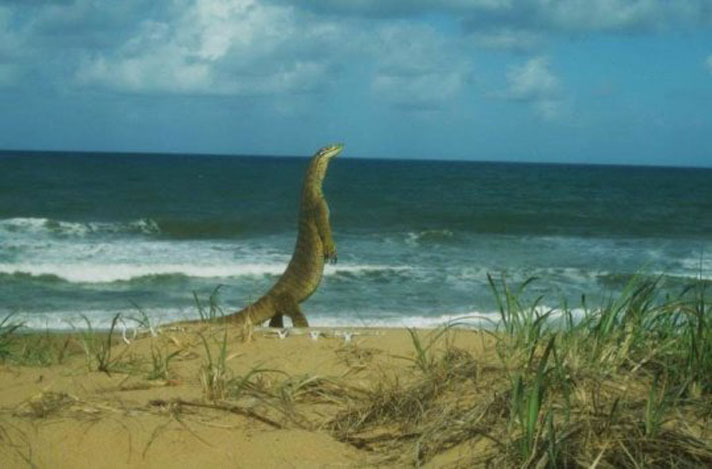 Researchers are unsure how the large lizards discover the nests, which are on the second most popular nesting beach for loggerhead turtles.

A study by the University of Queensland showed a marked increase in the number of raids on loggerhead turtle nests by the Argus monitor, known in Australia as the yellow-spotted goanna.

Dr. David Booth, and Juan Lei, a Ph.D student at the university’s UQ School of Biological Sciences observed the lizards, in a single nesting season, disturb up to 400 nests at Queensland’s Wreck Rock beach, the second largest loggerhead nesting beach in Queensland. In their observances, which was aided by Turtle Care Queensland Inc. volunteers and video cameras, the researchers noted that only larger Argus monitors dug open the sea turtle nests. It was after the nests were opened that other monitor lizards, including lace monitors (Varanus varius) and smaller Argus monitor lizards helped themselves to the bounty.

An Owner's Guide To The Argus Monitor

"We had expected most nests would be discovered within one or two days of being constructed because of the visual and scent cues left behind by the female turtle.

"But what we found was the likelihood of a turtle nest being opened by a goanna wasn't related to the nest age or even the presence of ghost crabs, which disturb nests by burrowing and potentially releasing those smells that attract a goanna's attention. So we still don't know the mechanism by which goannas discover and attack sea turtle nests that are several weeks into the incubation period."

An abstract of the research paper, "How do goannas find sea turtle nests?," which was published in Austral Ecology, can be read here.