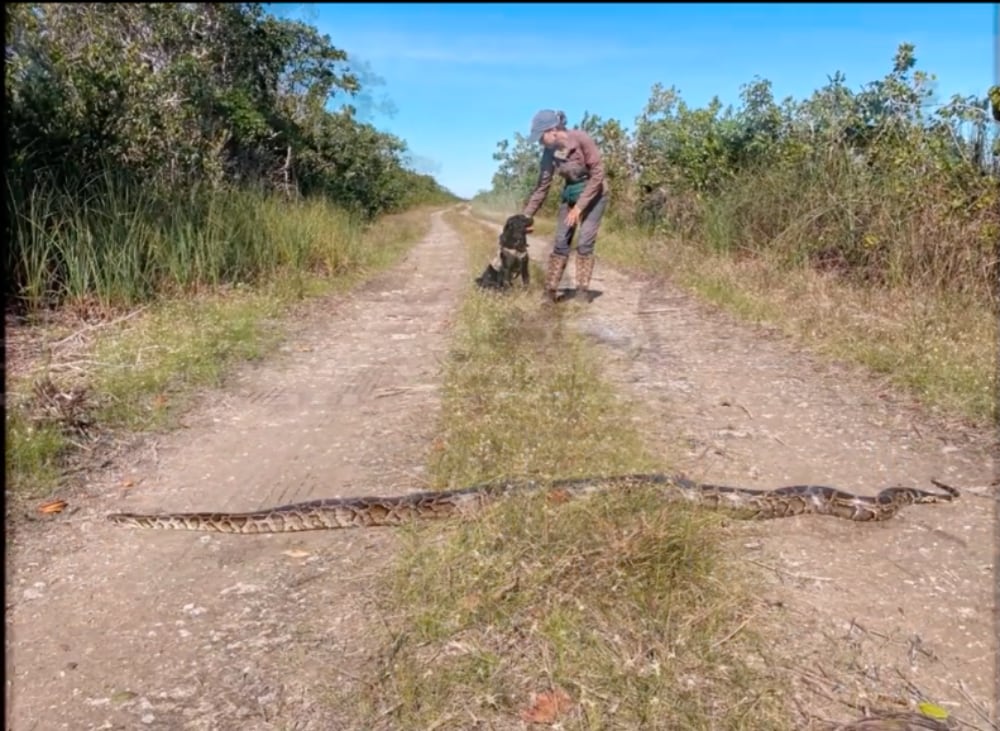 The Florida Fish and Wildlife Conservation Commission announced that its latest efforts to “sniff” out Burmese pythons on public lands in south Florida has logged its first success with the FWC’s new Detector Dog Team, locating an 8-foot male python in the state’s Rocky Glades Public Small Game Hunting Area in Miami-Dade County.

Truman, a black Labrador retriever, and Eleanor, a point setter, have been training for more than a month, learning to search for the invasive snakes with scent signals. When they find one of the elusive reptiles, they are trained to alert their handlers. When they find a python, they are trained to stay 3 feet away from the reptiles, and are then awarded with a recognition response. The removal of the snake is the responsibility of the FWC biologist.

The duo trained with a radio tagged Burmese python, searching through brush and trying to find scent signals of the reptile. The biologist and dog handlers used telemetry equipment to pinpoint the snake’s location once the dog made the find. The dogs are trained to ignore distractions, such as other live animals out in the field and were also trained for stamina, so they don’t tire easily while out in the field.