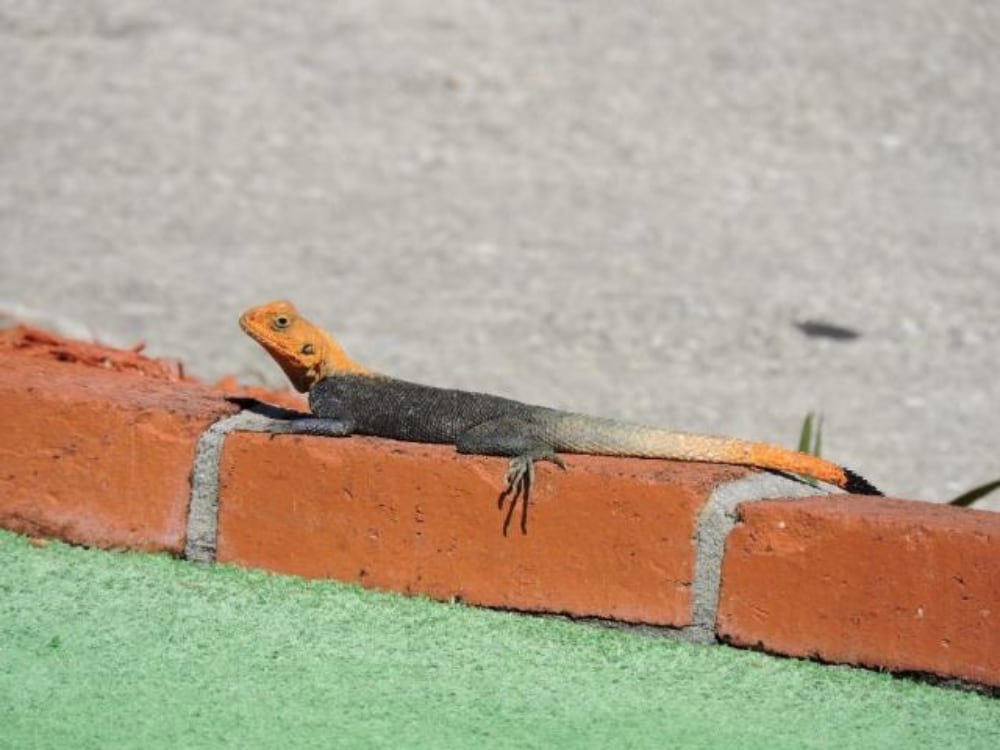 The Peter’s rock agama (Agama picticauda), which was first introduced to the state of Florida in 1976 is the latest introduced species that the Sunshi

The reptile is native to sub-Saharan Africa and is an insectivore and may pose a threat to the Miami Blue Butterfly. The male Peter’s rock agama sports a red or orange head, a black or grayish body and a black and orange tail. The male Peter’s rock agama can grow up to one foot in length. Females are a drag grayish in coloration and are smaller than the males. Researchers with the University of Florida say that the reptile has no real native competition in the state and will continue with its diet of invertebrates and small bugs. There have also been observations of the reptile eating small mammals and birds.

“We have seen video footage of a large male attempting to eat a monarch butterfly. Though the butterfly escaped, it lost a wing and likely died shortly thereafter,” the researchers wrote in a report detailing the invasive species.”

The Peter’s rock agama has been observed in the state in more urban settings rather than in more natural settings such as Everglades National Park, the researchers wrote in their report. It can be found mostly in residential, human dominated areas in the state, and can be found son building walls and fences, tree trunks and sidewalks and on pavement. It has rarely been found in natural habitats, the researchers wrote.

Colorful Lizard From The Family Agamidae Discovered In Vietnam

Records show the reptile was introduced in Florida back in 1976 and has since flourished in the Sunshine State.