Andrés Eloy Seijas is the most prominent crocodile expert in Venezuela. He has spent many years studying the Orinoco crocodile (Crocodylus intermedius) and other species.

César L. Barrio-Amorós: How many years have you worked with the Orinoco crocodile?

Andrés Eloy Seijas: I have been involved in direct work with this species since I began working at the UNELLEZ (Universidad Experimental de los Llanos, Ezequiel Zamora) in 1989.

CBA: What is the current population status of the Orinoco croc?

AES: The Capanaparo river population, studied by Alfonso Llobet from 2000 to 2001, numbered about 500 individuals. This was basically the same number that was there when John Thorbjarnarson conducted his census 10 years earlier. In 1999, I estimated a population of 550 in the Río Cojedes, although there are now signals of decline. Currently, I would estimate about 350 adults. Another known population is that in the Río Manapire, (Guárico state), with scarce individuals over a huge extension. The population must be around 50 to 100 specimens older than 1 year of age. The last serious study made was by Rafael Antelo from 2000 to 2006 in Hato El Frío, with around 500 individuals. There are also individuals expanded throughout the vast Orinoco River, but not forming stable populations (for example at the Ventuari river, Amazonas state). All numbers considered, I would estimate a total current population that is close to 1,500 specimens. 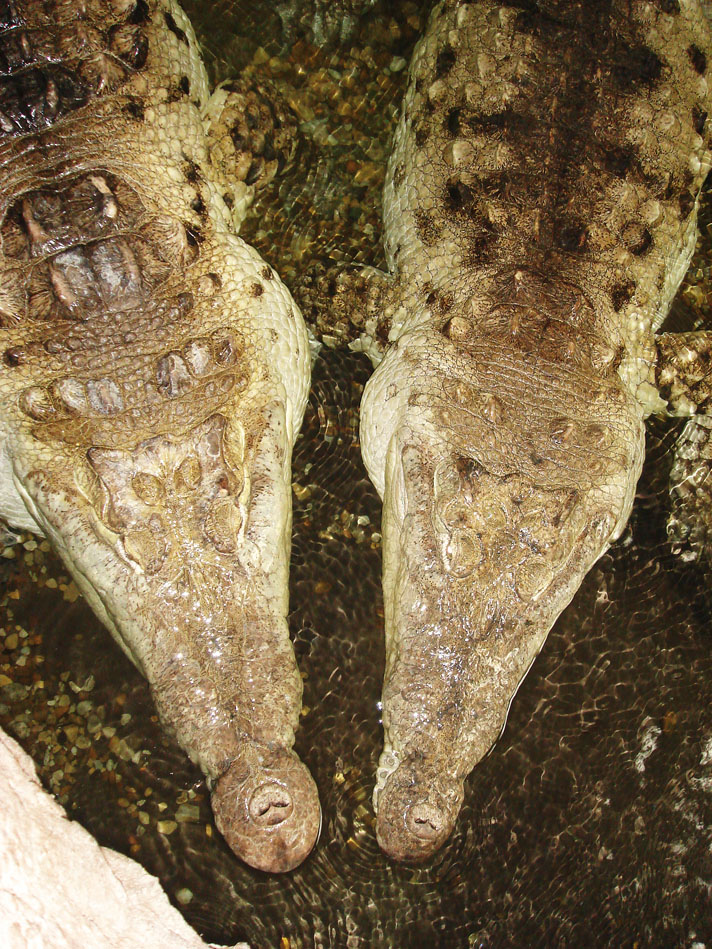 CBA: In all your years studying the Orinoco crocodile, have you seen any signal of recovery?

AES: The only evidence of an increasing population is that of the Hato el Frío. The other localities exhibit either stable or declining numbers. Seven thousand young crocodiles [that were bred in captivity] have been released; supposing a pessimistic survival rate of 15 percent, there could be 950 "new" crocs.

CBA: Do you think that the Orinoco crocodile has a future in Venezuela?

AES: Things are not OK. All the time we know about crocs killed in the Capanaparo, Cojedes or Manapire. There are no safe places for the species. It is facing real danger, though it is too soon to speak about extinction.

AES: When John came to Venezuela, Cecilia and Thomas Blohm were already working on a conservation program for the species. John provided major support, and he began to more effectively breed and raise Orinoco crocs. He also made a great scale assessment of the country, and studied the Capanaparo population in detail. His constant support and evaluation of the program at Hato Masaguaral provided important details of the breeding behavior of Crocodylus intermedius.

John (or Juan Caiman, as the locals called him) was an important influence for everyone in Venezuela who works with crocodiles, and not only with the Orinocroc. He won the confidence, respect and affection of the local people as well as the personnel of the Environment Ministry. He tutored many local biologists, and I personally have much for which to thank him, as once he started to work with the Wildlife Conservation Society, he supported all my investigations. Most of the equipment we got was thanks to his efforts. Most of the methodology we apply in field studies are inspired by him. John was a very special person. You never will find anybody with even a minimum of reproach for him.

CBA: Tell us about Brady Barr’s capture of the huge male croc.

AES: Brady Barr wanted to catch a huge Orinoco crocodile. I explained to him the difficulties involved in capturing one in the Río Cojedes, because the shores are so steep and muddy. Plus, the boat we had was too small.  After hours of navigation, and to my relief, we did not find any crocs. However, when we were leaving, Brady located a big male out of the water near a pond. After a briefing, he went in alone and was able to secure its snout. Then the rest of the team went quickly to help, and with six people we at last were able to secure the monster, which measured more than 14 feet.

CBA: The conservation of those species considered dangerous to people is a difficult topic. Do you think that people agree with the need to conserve this species?

AES: Not all people see a need to preserve this formidable animal. The case of Francisco Conde does not help to create a favorable image (read about Conde in the article,"Orinoco Croc Encounters" in the February 2011 issue of REPTILES). The Orinoco crocodile is not the man-eating monster that some people have in mind. People must learn to live with it, reducing the opportunities for unfortunate occurrences.