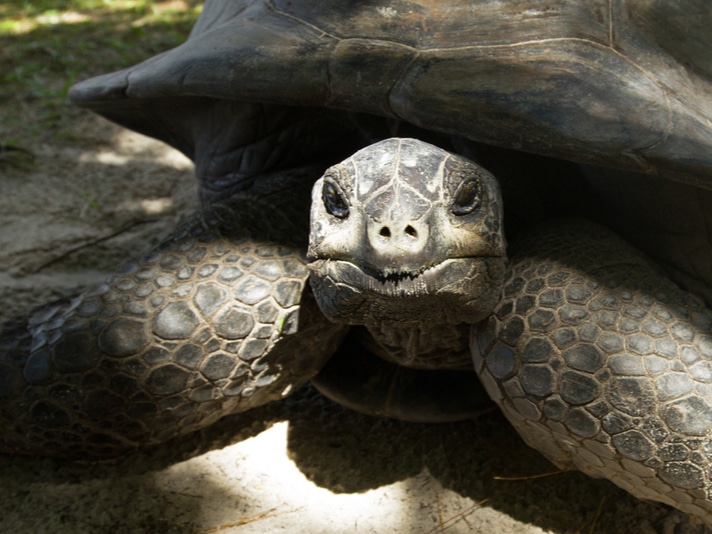 Alex, The Aldabra Tortoise At The National Zoo, Dies At 100

The Aldabra tortoise can weigh up to 500 pounds, making them one of the biggest tortoises in the world.

The Smithsonian’s National Zoo in Washington, D.C. said goodbye to one of its longest living residents, Alex, an Aldabra tortoise (Testudo gigantea ) who passed away August 7. Alex, who lived to be around 100 years old, was brought to the National Zoo’s Reptile Discovery Center in 1956. He was about 30 years old at the time.

This tortoise 🐢is the largest animal on the Aldabra Island atoll, where they have been known to knock over small trees…

Posted by Smithsonian’s National Zoo and Conservation Biology Institute on Tuesday, May 23, 2017

Keepers fondly remember Alex as a social and personable tortoise who enthusiastically participated in training sessions and enjoyed relaxing in a cool and often muddy section of the outdoor yard,” the Zoo said in a news release. “He was a visitor favorite during the daily demonstrations at the Reptile Discovery Center and seemed to enjoy interacting with the keepers and Friends of the National Zoo volunteers who cared for him.”

Alex’s keepers noticed in July that he was spending more time sleeping and had no interest in food or training. A diagnostic exam was performed on the elderly tortoise August 7 and found that he had accumulated a large volume of flood inside his shell and around his heart and other organs. The fluid was extracted in an attempt to improve his care but his condition continued to deteriorate. It was then decided to euthanize the reptile. 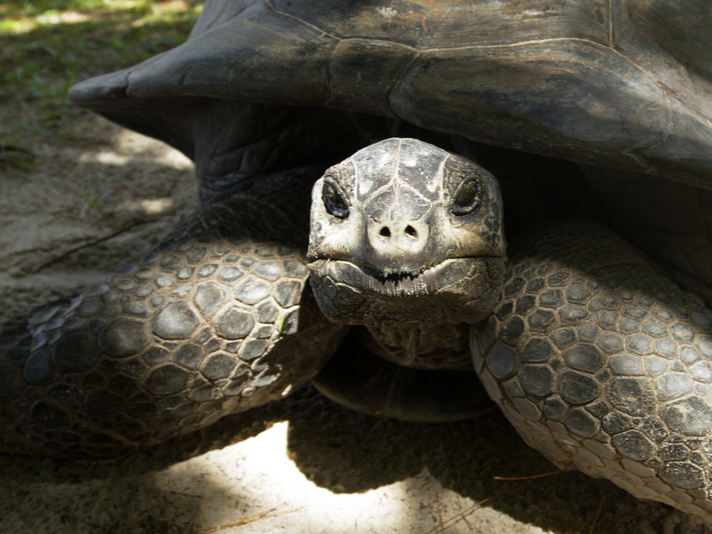 The Aldabra tortoise can weigh up to 500 pounds, making them one of the biggest tortoises in the world.

“For 62 years, Alex served as an ambassador for his species, the zoo said. Generations of Zoo visitors, keepers and scientists have been able to learn about Aldabra tortoise socialization, behavior and biology because of their encounters with him.”

Alex leaves behind two companion Aldabra tortoises; Rulon, a male, and Chyna, a female. You can see them at the Reptile Discovery Center.

Aldabra tortoises are so named because of where they are found in the wild, the Aldabran Atoll off the coast of the Seychelles. The giant tortoises can weigh up to 500 pounds, making them one of the biggest tortoises in the world. The Galapagos tortoise is bigger. Mostly herbivores, the Aldabra tortoise feeds on grasses, leaves, plants, stems and weeds.