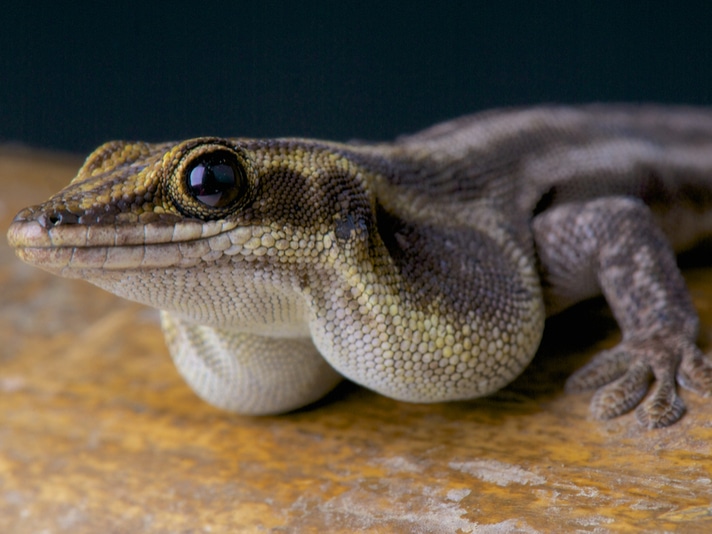 What Would You Do if a Monitor Lizard is Knocking at Your Front Door?
How To Create The Perfect Desert Terrarium
What Is The Rarest Color In Reptiles?

Found only in Madagascar, the Pronk’s day gecko’s (Phelsuma pronki) population has suffered due to severe habitat loss and overcollection for the international pet trade. It is ranked 46th on the Zoological Society of London’s EDGE List Of Endangered Reptiles. 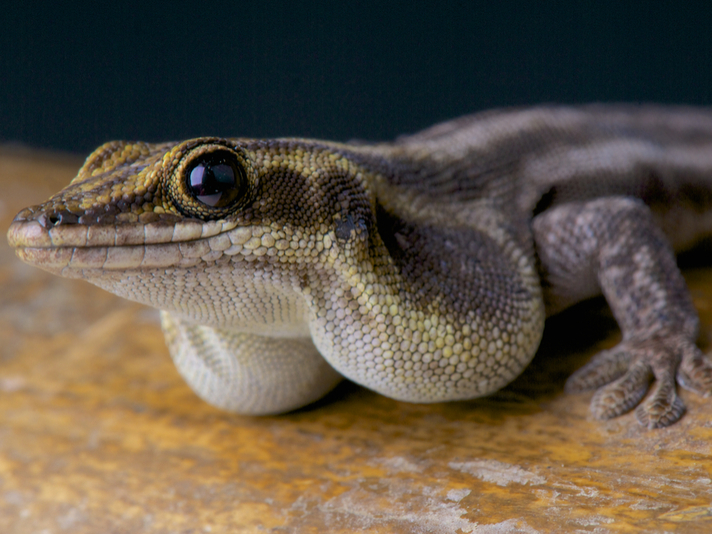 One of the smallest of day geckos, the Pronk’s day gecko grows to just a bit over 4 inches (11 cm) in length and that includes the tail. It is really a tiny species that lives in the trees. It is also known as the marbled gecko.

The body of Phelsuma pronki is grayish in coloration and has a yellow head. It features four serrated black stripes from its snout to its tail and features a yellow eye ring.

Its locality is restricted to a small, 100 square kilometer area in central Madagascar. It lives in rainy and moist rainforests in the central Madagascar highlands near Andramasina. It feeds on insects, other invertebrates, and is also a nectar eater.

Unfortunately, conservation attention for this species is considered very low by the Zoological Society of London. The species has been captive bred by gecko experts. It is listed as an Appendix II species on CITES and is listed as critically endangered by the The International Union for Conservation of Nature (IUCN).