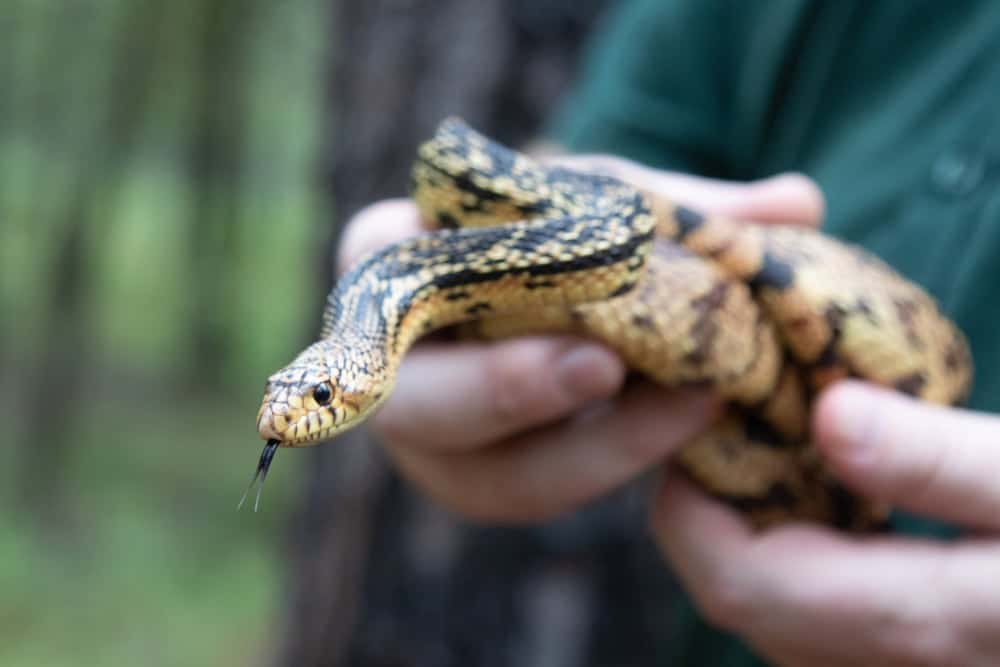 Early this month, 41 captive-bred Louisiana pine snakes (Pituophis ruthveni) were released into Louisiana’s Kisatchie National Forest. This release is the largest ever for the country’s rarest snake, according to a press release put out by the Audubon Zoo.

“This is a collaborative effort to restore wild populations of the Louisiana pine snake, which has been in decline for many decades,” Audubon Zoo’s Curator of Herpetology Robert Mendyk said in the statement. “Seven of the released snakes were hatched right here at Audubon Zoo in 2018. Others were hatched at Memphis Zoo and the Jacksonville Zoo and Gardens.”

Since the captive breeding effort began in 2010, a total of 178 snakes have been released. Each individual snake was measured weighed and photographed. The reptiles also have been implanted with microchips that enables US Fish and Wildlife biologists to track their movement and survival over time.

The Louisiana pine snake spends much of its life below the forest, underground. It feeds on pocket gophers, which are also underground dwellers. They can grow to around five feet in length and are black, brown and russet in coloration.

The Louisiana pine snake is only found in pine forests of Louisiana, in four parishes of Louisiana and five counties in Texas. In 2018, Pituophis ruthveni was listed as threatened by the U.S. Fish and Wildlife Service.