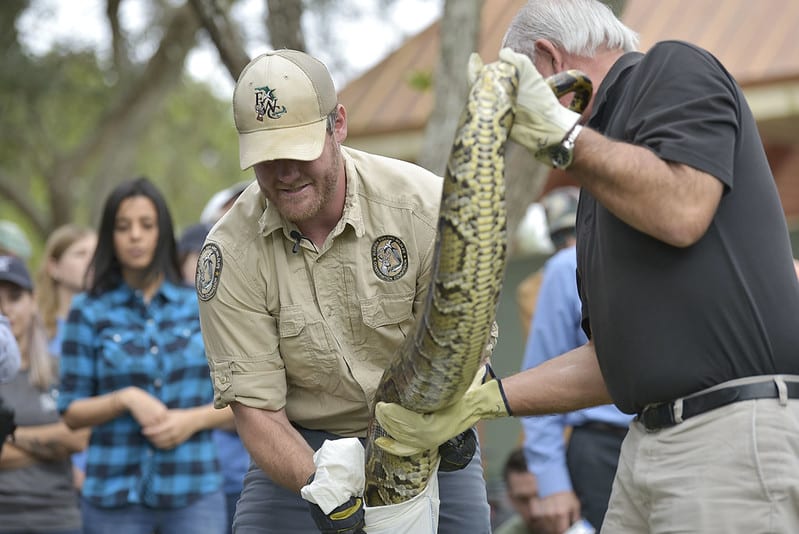 The longest python was 12-foot, 7.3-inch, the heaviest python was 62-pounds, and the most pythons captured by an individual was 8. 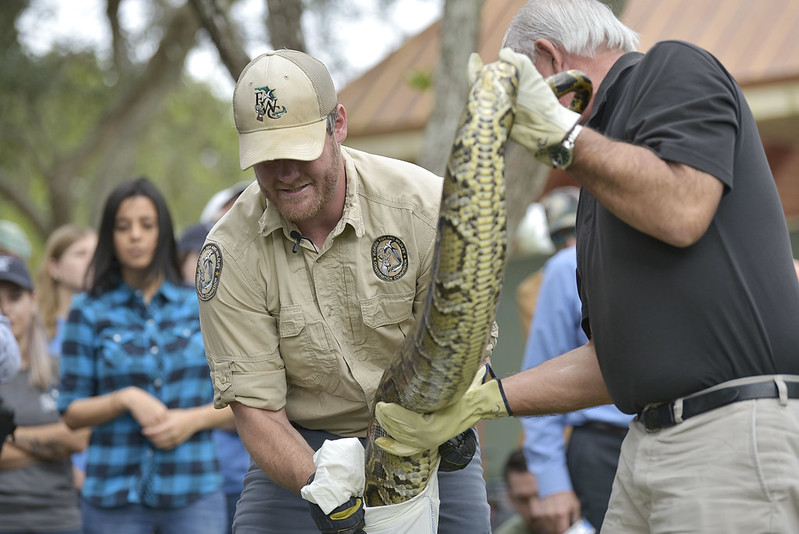 Robert Edman, an FWC biologist bags a python that was captured during this year's Florida Python Challenge 2020 Python Bowl.

According to the Florida Fish and Wildlife Service, more than 750 people from 20 states participated in this year’s 10 day competition. More than 550 people participated in the services’s hands-on safe-capture training and identification program.

“More than 750 registrants joined Florida’s ramped-up efforts to remove harmful pythons from America’s Everglades as part of the Florida Python Challenge 2020 Python Bowl,” South Florida Water Management District Executive Director Drew Bartlett said in a statement released to the media. “The national and international attention around Super Bowl LIV brought incredible public awareness to the danger invasive Burmese pythons pose and the importance of Everglades restoration. Congratulations to all the winners, and a big thank you to Gov. DeSantis, the Florida Fish and Wildlife Conservation Commission, the Miami Super Bowl Host Committee and everyone who participated in this important conservation effort.”

Below is a list of winners and the prizes they won.

Florida has been grappling with the invasive species since Hurricane Andrew in 1992 destroyed an exotic pet dealer's warehouse, releasing the non-native snakes. In 2013, the Florida Fish and Wildlife Conservation Commission held its first python hunting contest called the Python Challenge in an effort to reduce the number of pythons in the Everglades. Hunters captured 68 pythons during the hunt, the largest which measured 17-feet, six inches and weighed 164 pounds. More than 1,000 hunters entered the challenge.

The Burmese python is thriving in the Florida Everglades. They can grow to more than 20 feet in the wild and weigh more than 200 pounds. Their native range is in Southeast Asia, including Thailand, Vietnam, Indonesia, and Myanmar, formerly known as Burma.