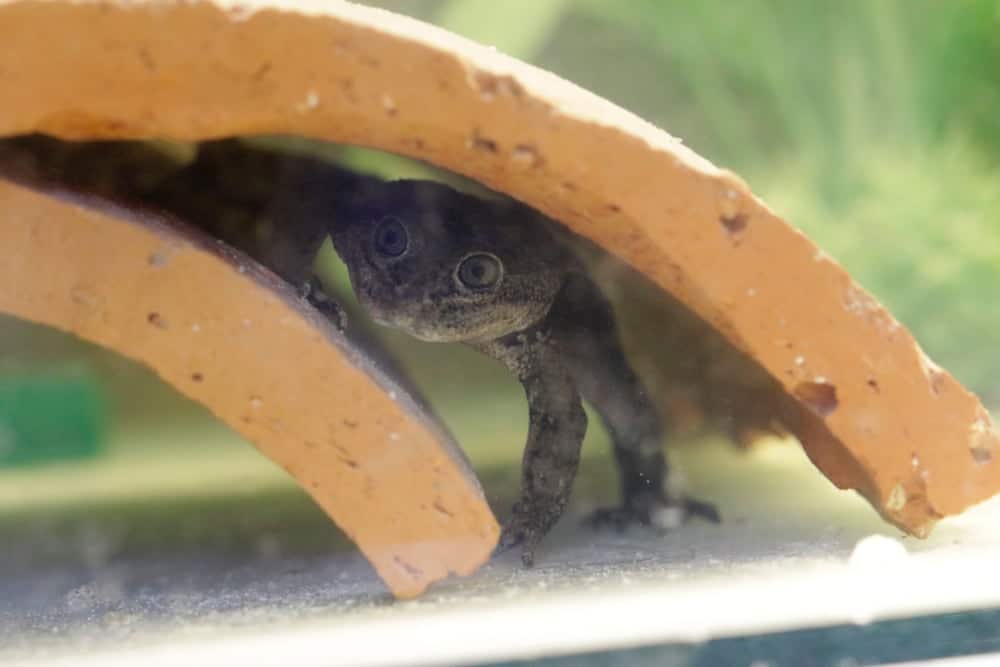 The National Zoo of Chile announced October 20 that 200 Loa water frog tadpoles hatched from a clutch of eggs born from emaciated frogs that were rescued in 2019 from a stream that was nearly dried up. The frogs were barely surviving in the stream outside the city of Calama in the Atacama desert, which is a haven for mining, agriculture and real estate development, when they were rescued.

The Loa water frog (Telmatobius dankoi) is considered critically endangered by the IUCN Red List of Threatened Species, and the 14 adults rescued last year are the only known species left.

“The zoo’s specialists not only nursed the animals back to health after they were discovered malnourished and near-death in the wild last year, but they have now succeeded in breeding a new generation of a species that has very nearly vanished,” Lina Valencia, Global Wildlife Conservation’s Andes conservation officer said in a statement released by the IUCN SSC Amphibian Specialist Group.

“While the zoo rears these tadpoles and breeds additional pairs, it is important that the government continues the great work it started in rescuing the animals by restoring and protecting the frogs’ habitat so that they can return to their home in the wild.”

Loa water frog tadpoles at the National Zoo of Chile. Photo by the Metropolitan Park of Santiago–Parquemet

Loa water frogs are a critically endangered amphibian known only to inhabit a single stream in Chile. While the zoo has successfully bred the species, the next step is to determine how to care and feed the tadpoles. After the care and feeding is successfully determined, the final step is reintroducing the species back into its native habitat.

Global Wildlife Conservation, the IUCN SSC Amphibian Specialist Group, the Amphibian Survival Alliance, and the Santiago Metropolitan Park, all which worked to make the saving of this species of paramount importance, are asking folks to use the hashtags #SaveTheLoaFrog and #SalvemosLasRanitasDelLoa to help raise awareness of the precarious situation these amphibians face.

“This extraordinary development shows that with dedication, commitment and collaboration it is possible to save species on the brink of extinction. It is now imperative that the remaining habitat is also saved,” said Ariadne Angulo, Co-chair of the IUCN SSC Amphibian Specialist Group.

“People may think that biodiversity loss occurs somewhere far away in Africa or the tropics. The sad case of the Loa water frogs shows that extinction can occur in front of our very eyes in real time. The good part of the history is that with collaboration and support we can win the race against extinction,” Claudio Azat, Co-chair of the IUCN SSC Amphibian Specialist Group for Chile said.