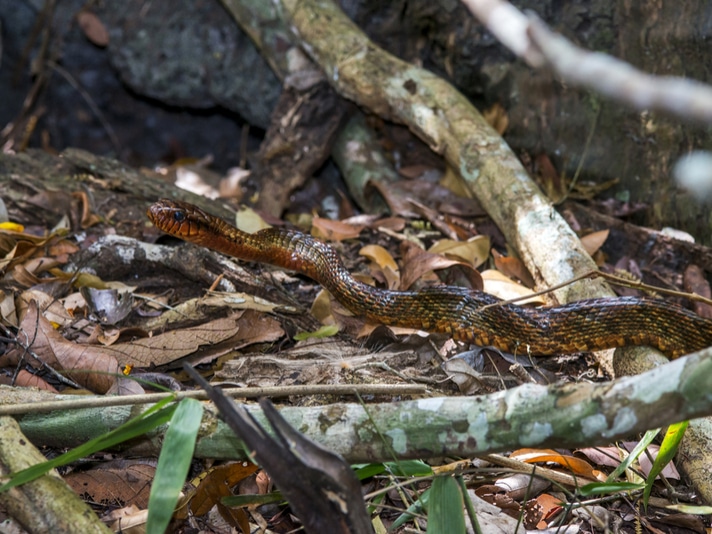 This Is Why You Shouldn't Taunt A Snake
Family Of Bearded Dragon Stolen From New York Pet Shop Offers $1,000 Reward For Its Safe Return
ANA TO Fly Green Sea Turtle Themed Airplane

Researchers with the University of Northern Colorado and National University of Singapore have found an interesting characteristic within the venom of the yellow-bellied puffing snake (Spilotes sulphureus), a semi-arboreal species that lives in South America. 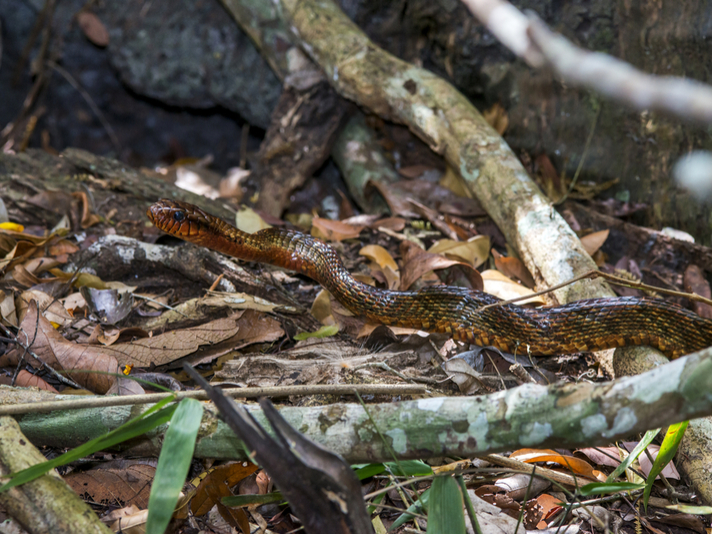 The yellow-bellied puffing snake is a semi-arboreal reptile with venom that contains two types of toxins.

“These new toxins are not only two of the most abundant venom proteins, but are also functionally intriguing, displaying distinct prey-specific toxicities,” Mackessy and his colleagues wrote in an abstract for the study published Aug. 1 by the Proceedings of the Royal Society B.

The researchers also found that when the dose of sulditoxin is 22 times the amount that the snake delivers when it bites, it still won't kill a mammal.

The researchers believe that the snake's venom evolved to include sulmotoxin 1 when it started to eat mammals in addition to birds and lizards, later in its evolution. "You get more bang for your buck with mammals than you do with lizards," Mackessy said.

Snake venom has long been studied for their therapeutic properties, and medicines derived from neurotoxins have been used to treat brain injuries, strokes and certain diseases. The venom of Spilotes sulphureus could contribute to new therapies for humans.

“Looking at animal venoms and understanding the mechanisms of how some of these toxins work actually provides us insights into how our own systems work, and also are a possible source of new therapeutic drugs,” he said.

An abstrac of the study can be ready on the Proceedings of the Royal Society B website.

The yellow-bellied puffing snake is a large snake, capable of attaining three meters in length. As juveniles, the snake feeds on lizards, while as adults, they feed on birds, other snakes, including venomous species, and small mammals. A rear-fanged snake, the yellow-bellied puffing snake was first thought to be non-venomous, but recent research from the National University of Singapore details the snake to have two toxins in its venom.