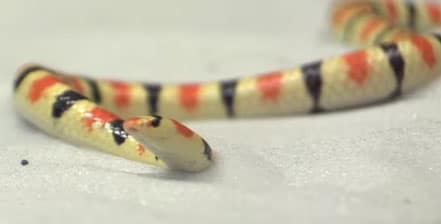 Researchers with Georgia Tech wanted to know how certain reptiles move underneath a sand bed, so they studied two herps that are known to travel under

Researchers with Georgia Tech wanted to know how certain reptiles move underneath a sand bed, so they studied two herps that are known to travel under sand, the sandfish lizard  (Scincus scincus) and the shovel-nosed snake (Chionactis occipitalis) to determine what species is more efficient at under sand travel.

How The Sandfish Lizard Has Helped To Build A Machine

The shovel-nosed snake is about 30 cm in length. It sports a shovel-shaped snout that enables it to quickly bury itself through sand and travel underneath the sand with little effort. The movement of the head created what the scientists called traveling waves in the snake’s body from head to tail, which created a tube in the sand that enabled the snake to swim through. Essentially the snake follows its own tracks through the sand. They super-glued lead markers onto the scales of the snake and were able to watch via x-ray as the snake effortlessly cruised under the sand bed’s surface. The markers fell off as the snake shed its skin. 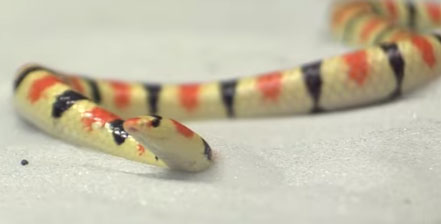 The shovel-nosed snake moves effortlessly underneath the sand.

The benefit of the study, which was supported by the National Science Foundation and the Army Research Office, will help address biological issues and help those who design robotics systems to better optimize energy expending issues with search and rescue robots.