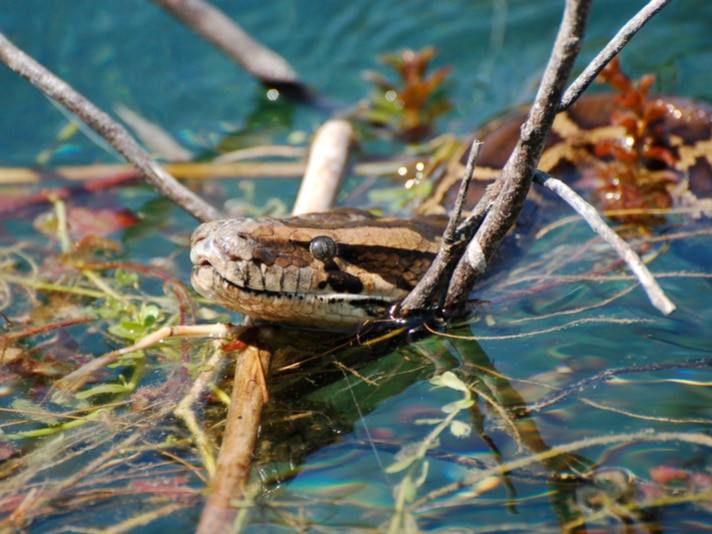 The alligator was saved from the coils of the snake just in time.

Mike Kimmel and of Martin County Trapping & Removals +Martin County Wildlife and Rescue and his assistant, Jack Hubbard, were hunting Burmese pythons in the Florida Everglades the evening of June 16 when they happened upon two apex predators of the Everglades going at it, with the invasive snake at an extreme advantage.

Me saving another gator from being killed by a python last night in the Everglades, small gator this time and about a 10' python *excuse the language* *like and follow my FB page: Martin County Trapping & Removals + Martin County Wildlife Rescue #martincountytrapping #pythonhunter #sfwmd #pythoncowboy #kimmelsremovals #savetheglades Video Credit: Jack Hubbard

“I think that little gator’s done,” Hubbard said as he shined a light on the pair in some sawgrass.  Kimmel then directs Hubbard where to shine the light while he grabs the reptiles and brings them out of the swamp. He notes that the gator is still alive and as soon as they get onto the levee, the snake releases the alligator.

Kimmel then asks in jest if Hubbard wants to handle the snake while he grabs a bag. Hubbard replies, “You know I am afraid of snakes, right?” Kimmel hands Hubbard the snake anyway and goes back to his truck to grab a bag. In the meantime the snake coils around the arm of Hubbard. When Kimmel returns, they carefully place the snake in the bag and Hubbard retracts his arm free of the bag very quickly.

Kimmel then says on video that he had waited all year to find a python catching a gator.  The snake measured 10 feet in length. The alligator was estimated to be about four feet in length. Kimmel wrote on his Facebook page that this is the third time that he saved an alligator from being a meal of a python.

The snake is turned in to the state for a bounty and the skin and meat of the reptile are sold, Kimmel said. 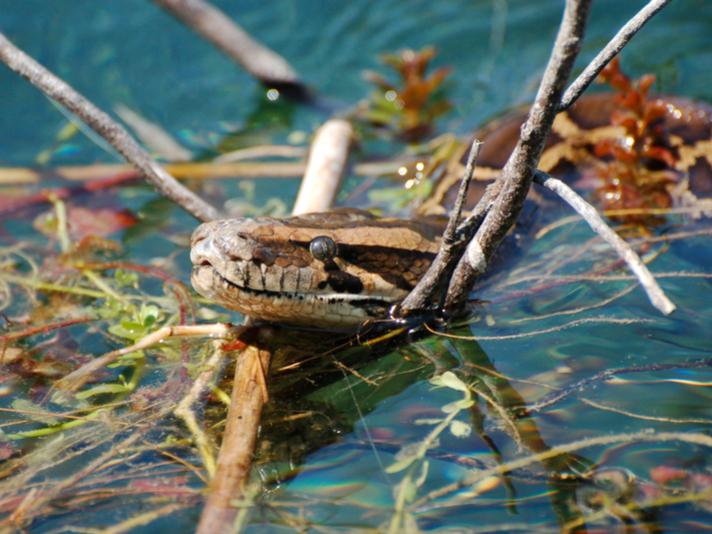 Burmese python in the Everglades.

The Burmese python is an invasive species in the state of Florida. They are native to much of Southeast Asia as well as China, Indonesia, India and Nepal. Amongst experienced reptile keepers, they are known as the gentle giants of the large constricting snakes, due to their largely docile temperament.