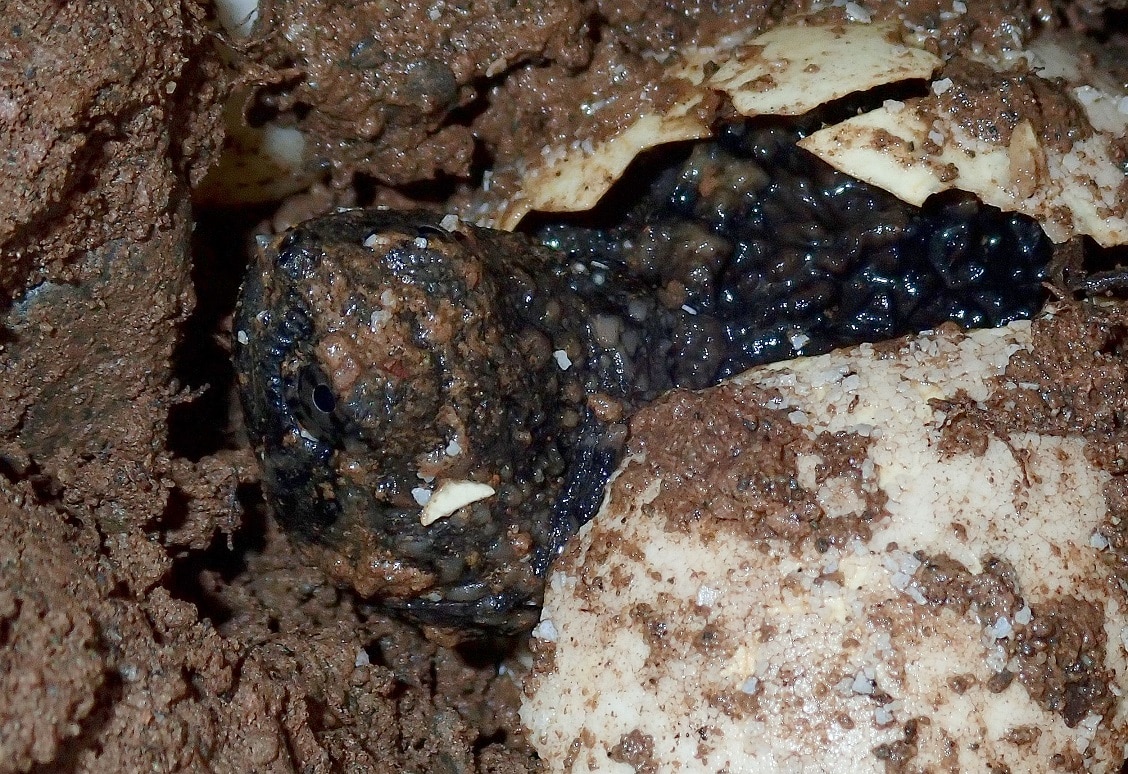 These snapping turtle eggs were rescued from a dead turtle that had been hit by a car.

My next door neighbors in Florida are also good friends, sharing our love for horses, nature, and the great outdoors, and this past Spring they saw an unusual sight. They drove along a country lane that winded through the fields, forests, and swamplands of north Florida, and encountered a large group of black vultures feeding on something on the road. Upon closer inspection, they saw the birds were feeding on the fresh remains of a large female snapping turtle (Chelydra osceola). Scattered around about her were many eggs, most which destroyed by passing cars, and of course the vultures. 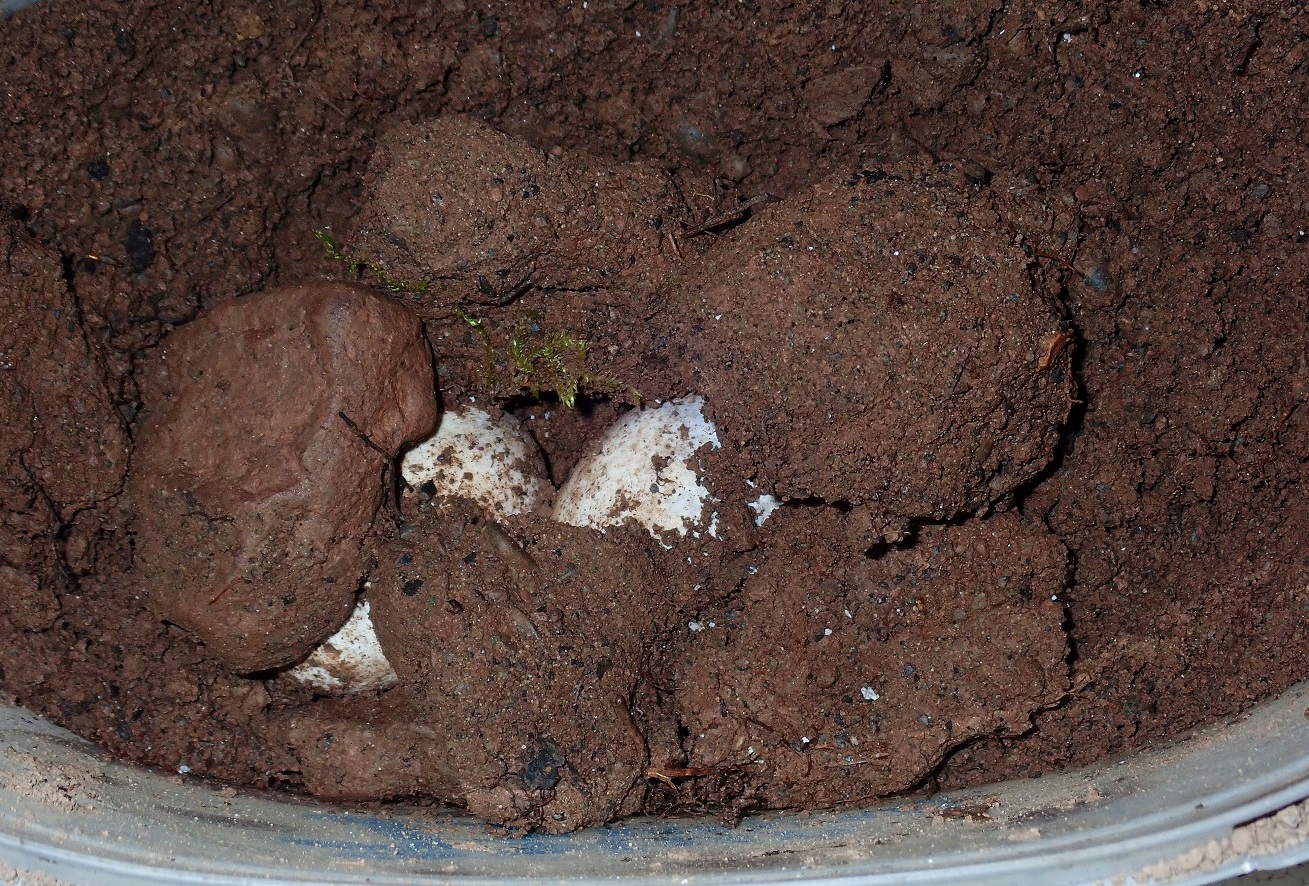 These snapping turtle eggs were rescued from a dead turtle that had been hit by a car.

When my neighbors stopped for a closer look, the vultures kept their distance, and my friend Ginger stopped to pick up the only two "good" eggs that remained. After they returned home, I heard her say "Joe I have something for you!" She then presented me with two turtle eggs, so I took the two little ping-pong ball-like eggs and placed them in a small plastic container with about an inch of sand in the bottom. I gently nestled the eggs, uncovered, into the sand, so about 2/3 of each egg was exposed, then I placed several layers of moist paper towel over top of them. I then placed the plastic cover loosely on top, and about once a week I would remove the top and spray the towel, and replace the lid. 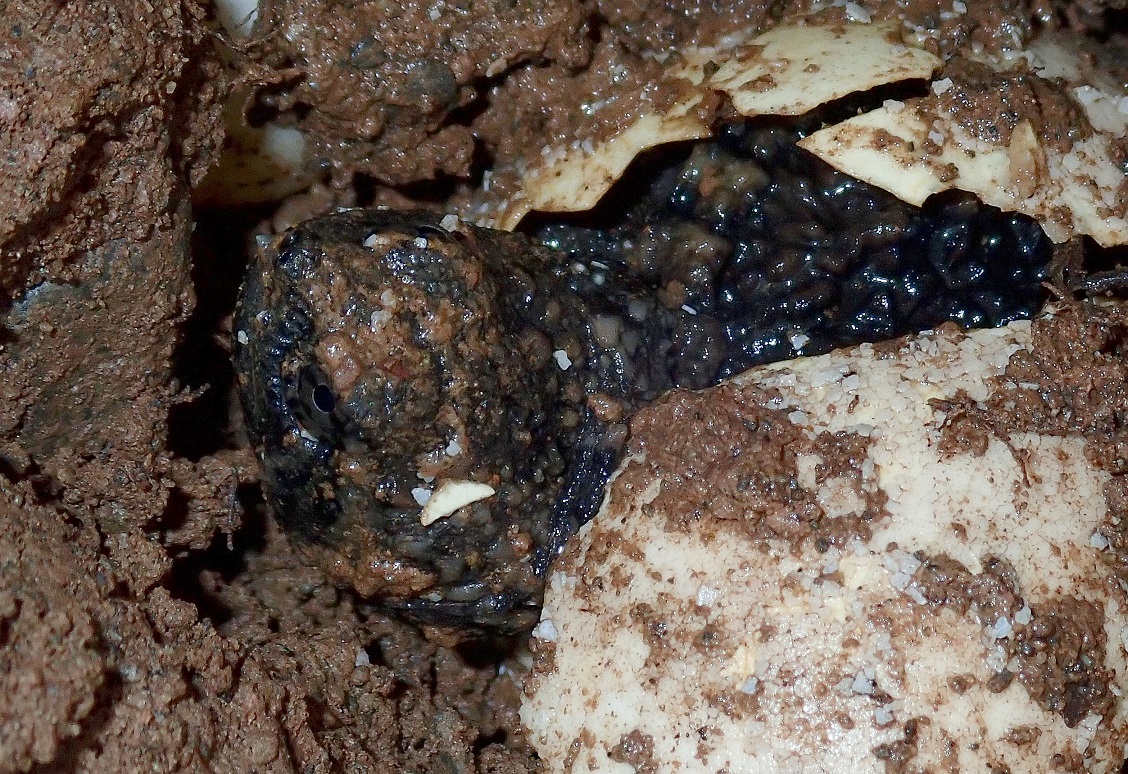 A baby snapping turtle peeking out of its shell.

I noticed after about a month or so, the eggs appeared to swell a bit in size, and absorbed the water from the moist towel more than ever before. I was now spraying them every other day or so, rather than once a week like before.

After keeping them at house temperature during this time (about 65-80 degrees Fahrenheit), it came time for my yearly trek to Pennsylvania, to serve in summer camp ministry near Stroudsburg. I kept the eggs in the same little plastic container, but before the trip I took a marker and placed a small black dot on the top of each egg, so I could right them if any got tilted from the long journey. After many miles of bumpy roads in the Baltimore, MD area, I kinda had my doubts, yet the two eggs remained firm and plump all the way! 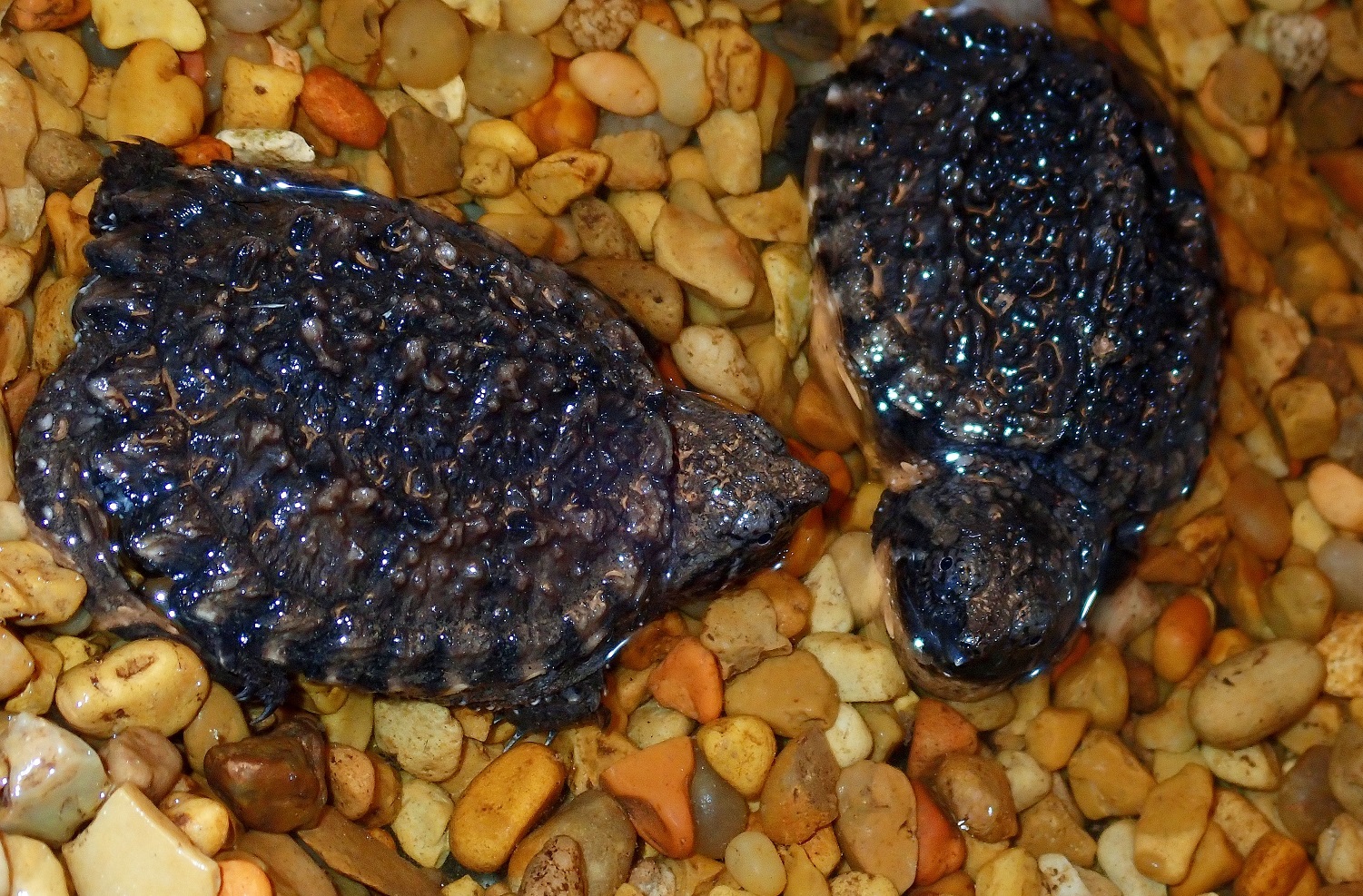 Once I got them to summer camp, I placed them in a larger Styrofoam container with several inches of regular topsoil, and after placing the two eggs together on top of the soil I gently covered them with about marble-sized clods of soil, barely covering them. The eggs were still visible between the clods, and I kept them barely moist, with the lid on loosely, to allow it to dry slowly inside, much as before, but always had the spray bottle nearby.

Much to my surprise, these two little well-traveled eggs finally hatched! About a day apart did they emerge, and the babies are already beginning to feed, and are perfect little youngsters!

This has been an amazing little journey for these two. Against all odds, they emerged successfully, after their sad but humble beginning to the happy event near Stroudsburg, PA, where they experienced my 100-degree hot truck, to the cold Pennsylvania springtime, vultures, bumpy roads, and surviving a traumatic road kill, but the loving hands of my neighbor rescued them, and now these two little well-traveled beauties have quite a story to tell!