Venomous Reptiles And The Law

Liability is the single most important legal concern for those with an interest in venomous reptiles.

The screeching sound of a truck skidding past woke me. Headlights cast a long arching curve beyond the pickup cab where I slept, and I struggled to remember where I was. 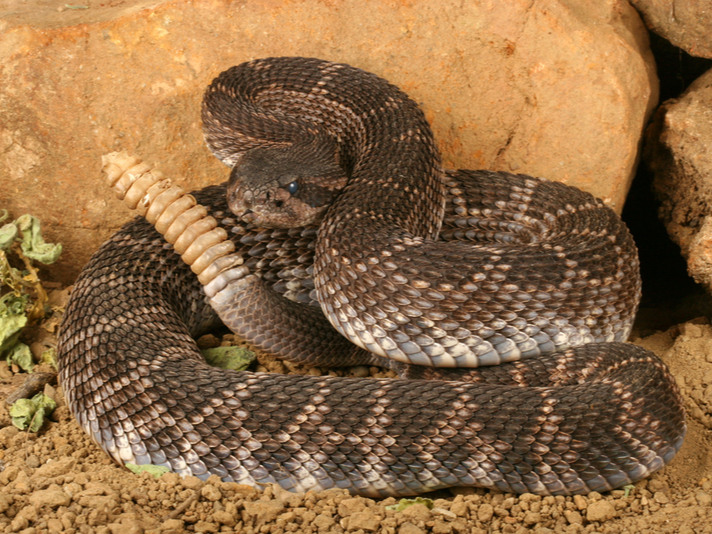 Liability is the single most important legal concern for those with an interest in venomous reptiles.

I was in west Texas, where my friend Dave and I had spent many hours staring at white limestone with spotlights and found nothing to speak of. We had pulled off the side of the road for a short nap before continuing our search for gray-banded kingsnakes (Lampropeltis alterna).

But what of the skidding tires? Perhaps another snake hunter had found something crossing the road behind our truck while we slept. Or maybe a tired or intoxicated driver had lost control. Unfortunately, the explanation was neither of these.

“Dave! Brett! I’ve been bitten by a coral snake! Get me to a hospital, I’m going to die!” Any lingering sleepiness instantly vanished as our panicked friend Don came running from his truck. The fleeting hope that this might be some misguided attempt at humor passed as soon as it appeared. The look on his face was pure panic.

“Where did you get bit?” The question rang out in stereo as both of us asked. Looking at Don’s extended left hand we could see two perfect pinpricks in the knuckle at the base of Don’s finger. Less than a minute had passed since Don’s arrival, but I had already lost track of the number of times he had declared his impending death. As he did so again, I admonished him that the snakebite was not going to kill him, but that the panic might. As we tried to calm him, we reloaded the trucks and raced to the hospital in Del Rio, over an hour away.

The snakebite was not severe. It was a very long night, but Don came through the experience no worse for wear physically. He also gained the profound respect for venomous snakes and the understanding of the difficulty of finding knowledgeable medical treatment that comes only after being bitten (unfortunately, I speak from personal experience).

Know What to Expect

Initially, venomous snakebites feel no different than a bite from any other, similarly sized snake, like pinpricks in your flesh. The severe consequences that sometimes follow seem completely out of proportion to this initial, visible injury. Under the best of circumstances, medical treatment for snakebite is expensive, pain can be severe and permanent injury and death are real possibilities. Most emergency room doctors are not experienced in treating snakebite and, in most places, it would be unreasonable to expect them to be versed in the treatment of this rare injury.

Liability is the single most important legal concern for those with an interest in venomous reptiles — followed closely by the legal requirements for obtaining and keeping these animals. This article is not intended to discourage readers from keeping venomous reptiles, and it most definitely is not intended as legal advice. Instead, the goal is to raise issues that should be considered by anyone who keeps, or is considering whether to keep, venomous reptiles.

The rattlesnake that bit me came into my collection from a friend who decided not to keep it after it showed up missing in the house he shared with his 2-year-old daughter. I quit keeping venomous snakes nearly a decade ago not because I was bitten, but because I was unwilling to expose my wife and children to the very serious consequences that might result if something went wrong. I also worried (as should anybody who keeps venomous reptiles) about the potential liabilities if one of my animals were to get out and/or if someone outside my family were bitten.

I kept my venomous collection in locked cages in a locked, escape-proof room. The chance of a worst-case scenario was slim, but I could imagine ways where things might go wrong. I chose to forego this risk until I could afford a separate building in which to keep my snakes. A few years later, after I graduated from law school and began gainful employment, I had the accommodations to keep venomous snakes in a separate building. However, in the meantime the laws for keeping reptiles in my state and county changed, and I have never resumed keeping these fascinating animals.

False statements on insurance applications may also bar coverage, so answer questions honestly and carefully — but be aware. Some companies and agents refuse to write policies for people who keep reptiles. Shop around, read your policy carefully and ask for assistance from an attorney or other person with insurance coverage experience if you have questions.

Those who are inexperienced with keeping reptiles, minors and anyone who is unwilling or unable to address liability issues ahead of time should not even think about keeping venomous reptiles.

State laws are relatively simple to discover with a little effort, as most states now have both statutes and rules available online. An Internet search for a given state’s name and the words “statute” or “administrative rule” using almost any search engine usually leads to a listing of the legislative and administrative laws, respectively, for that state. Most states’ databases are searchable, so you can enter terms such as “reptile,” “snake” or “venomous” and usually find your way to the relevant laws. Note that a complete set of the laws for a given state often includes both statutory and administrative authority. It is important that you review and understand both.

One of my favorite resources is A Field Guide to Reptiles and the Law by John P. Levell. This book lists all of the available reptile laws for each state and the contact information for each state’s agency responsible for enforcing reptile laws. Although the laws in many states have changed since this book was published (it was last revised in January 1998), generally the information listed is enough to get you pointed in the right direction.

Discovering city or county laws related to venomous reptiles may be more difficult. Your local animal control office is usually a good place to start.

Once you have determined that it is lawful to keep venomous reptiles in your area, you should consider how to legally acquire any venomous reptile you wish to keep. Whether you plan to field collect your own reptiles (remember to check state laws!) or you purchase animals from a reputable breeder or vendor, be aware that transportation of wildlife across state lines is regulated by federal law.

Additionally, the Act establishes marking requirements, making it illegal to import, export or transport in interstate commerce a container or package containing fish or wildlife unless the container or package is plainly marked, labeled or tagged in accordance with regulations issued under the Act. Wildlife transported in interstate commerce must be in containers that, among other things, accurately list the shipper and consignee on the outside of the container and include a readily accessible list of contents by species and number and with an indication of whether each species is venomous.

Translating the legal-speak, if you acquire reptiles unlawfully and transport them across state lines, it is a violation of federal law. Similarly, if you acquire venomous reptiles that you know, or reasonably should have known under the circumstances, were taken, possessed, transported or sold in violation of state law, you have violated the Lacey Act. If you ship wildlife, you must accurately label each package. Most carriers (Airborne Express, Delta, UPS, etc.) have specific requirements as to what animals they ship and how the animals must be packaged. Skirting these requirements by mislabeling a package is not only a violation of the policies of the carrier, but may well be a violation of federal law.

For example, if Joe Reptile Dealer in Miami sells a Gila monster to a customer in Phoenix and ships it via UPS in a box with contents identified as “vice grips,” Joe has violated the Lacey Act’s marking requirements and is subject to a civil penalty. Both Joe and the customer have committed at least a misdemeanor Lacey Act violation because the marking violation is also a violation of Arizona law, which means the Gila was transported in violation of an underlying state law. Because Gilas have a market value in excess of $350, the violation is a felony if Joe or the customer knew that the Gila was taken, possessed, transported or sold in violation of state law.

Additional Lacey Act violations may have occurred based on the interstate sale if other Florida or Arizona laws (such as laws regulating the possession of Gila monsters) were violated. You might be surprised to find that if Arizona or Florida chose to prosecute these same acts under state law, it would not violate the prohibition against double jeopardy because the same act can violate both state and federal law.

Be aware of these issues when shipping reptiles, and be cautious of any animals of questionable legality. Contact the U.S. Fish and Wildlife Service or an attorney before you make a mistake, if you have any questions or concerns regarding shipping or receiving venomous reptiles across state lines.

Reptile keeping is a fascinating hobby, but it is not an inalienable right, and it can be (and has been) regulated or taken away. Most politicians are understandably more concerned about the safety of the rest of their constituents than about hobbyists’ ability to continue to learn, teach and take pleasure through the responsible keeping and breeding of venomous reptiles.

If you choose to keep venomous reptiles, it is imperative that you not add to the already widespread bad press that plagues this hobby by irresponsible or unlawful conduct. If you have doubts or questions about how to safely and properly care for an animal, contact one of the many responsible keepers, breeders or vendors of these animals. If you need help locating or translating the laws in your area, contact the agency in your state with responsibility for enforcing reptile laws (in most states, the Department of Natural Resources or Fish and Game) or contact an attorney — ideally someone with an interest in reptiles. There are more of us than you might think.