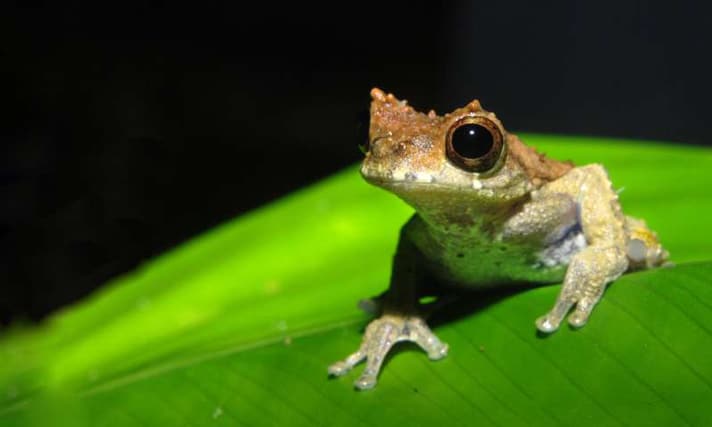 The devil's treefrog and Kubrick's treefrog were thought to be a single species, the Sarayacu treefrog. 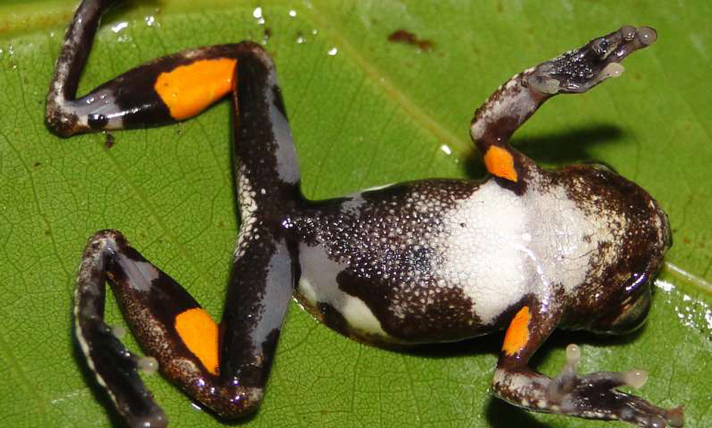 Both treefrogs have orange stains on their bodies, while the tree frog named after Stanley Kubrick of A Clockwork Orange fame, Kubrick's treefrog (Dendropsophus kubricki) has orange stains on its underarm area. 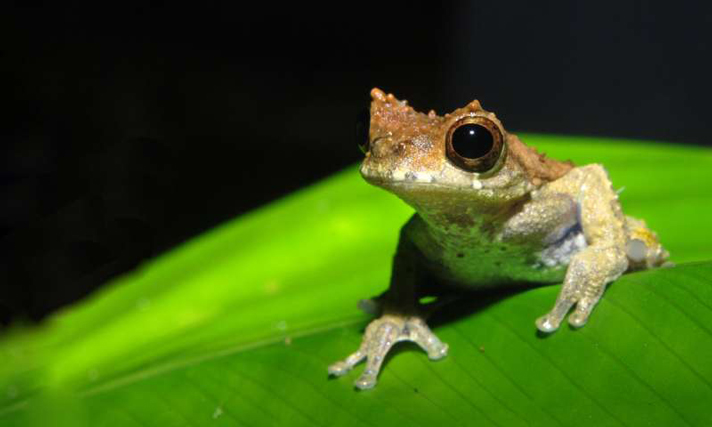 The devil's treefrog has horn-like protuberances above its eyelids.

The second frog, Dendropsophus kamagarini, or devil's treefrog, has a feature that gives it a devil-like appearance; horn-like protuberances on its upper eyelids. The frog is named as such from the Peruvian Matsigenka language that loosely translates to devil or demon frog.

Their finding can be read in its entirety on the Zookeys open access journal.