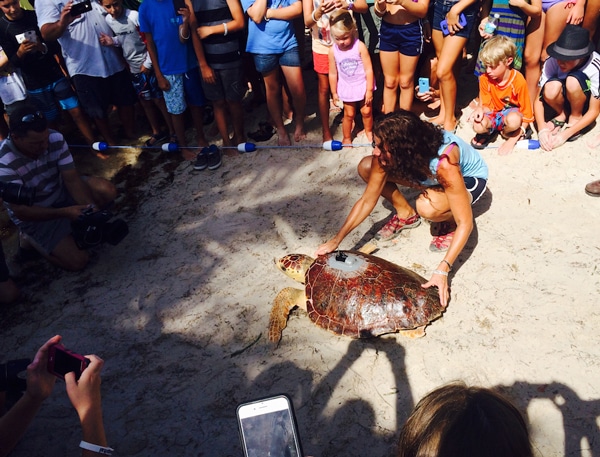 The Turtle Hospital in Marathon, Fla. has released Aaron, a sub-adult loggerhead sea turtle (Caretta caretta) that was brought to the rescue

The Turtle Hospital in Marathon, Fla. has released Aaron, a sub-adult loggerhead sea turtle (Caretta caretta) that was brought to the rescue and rehabilitation facility last March in very bad shape. He was emaciated, had an internal impaction, covered in epibiota, and was rife with internal parasites. 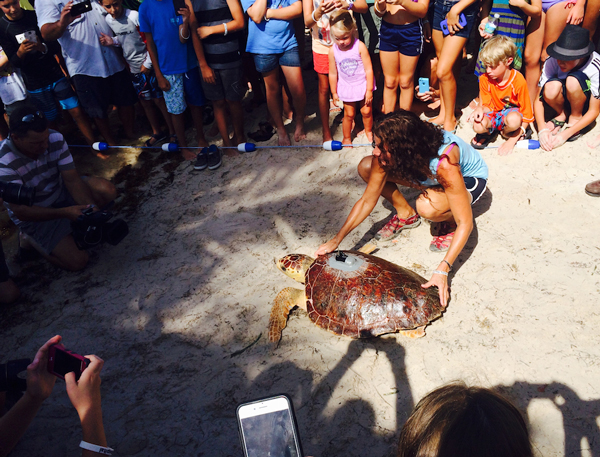 Aaron was rescued in March, rehabilitated and released July 17.

After his treatment plan was completed, Aaron has gained more than 20 pounds, is freely swimming and tested negative for internal parasites. Aaron’s release today is the result of the hard work of rehabilitation specialists at the Turtle Hospital. He is outfitted with a transmitter so scientists can collect data on him as he traverses his old stomping grounds off Key Largo and elsewhere in the Florida Keys and throughout the Atlantic. 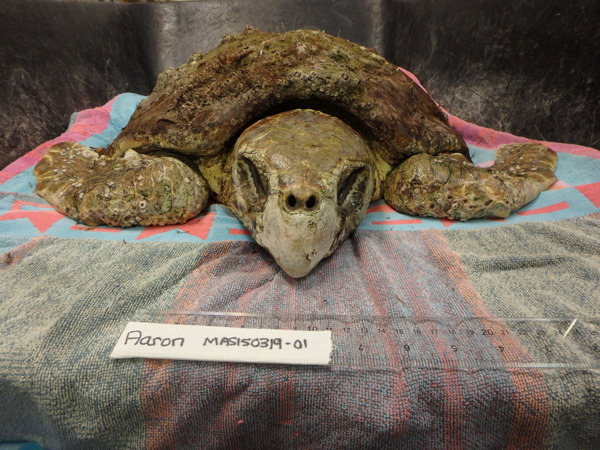 The turtle hospital of Florida

Aaron arrived emaciated, covered in epibiota, and had massive amounts of internal parasites.

The loggerhead sea turtle can grow to about 7 feet in length and reach a weight of more than 300 pounds. The turtle's range includes the Atlantic and Pacific oceans, the Indian ocean and the Mediterranean Sea. The turtle reaches sexual maturity in as little as 17 years and has an approximate lifespan of up to 67 years.  It feeds mainly on invertebrates, including sponges, shellfish, jellyfish, shrimp, squid, and sea urchins.

The loggerhead sea turtle nests in Florida from May through August, with egg incubation lasting about 60 days. Around 100 eggs are laid in each nest, and of those, very few will survive into adulthood. According to the IUCN's Marine Turtle Specialist Group, threats to loggerheads and other sea turtles include predation by raccoons, ghost crabs, birds, and sharks, and weather related events. Man made threats include harvesting of eggs and turtles for food, fishing net entanglements, coastal armoring, and light pollution and marine pollution, such as the Gulf Oil Spill.

You can track Aaron’s progress, along with five other turtles at http://www.tourdeturtles.org/