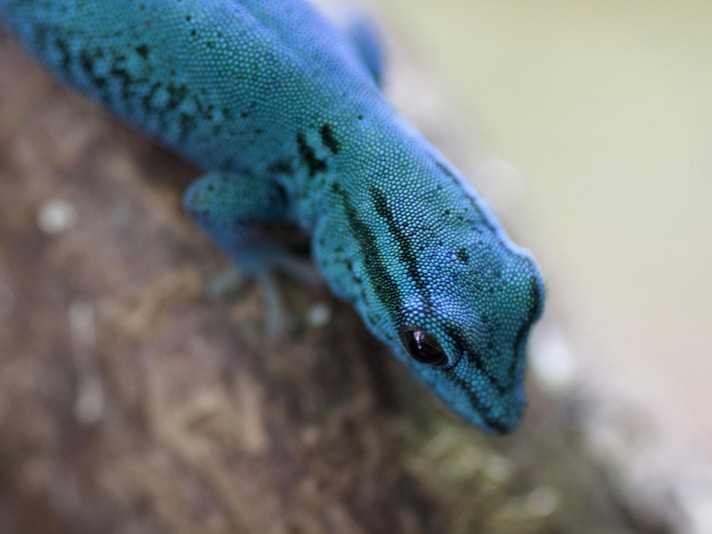 The electric blue gecko is dwindling in its native habitat.

The Bristol Zoo is now home to 165 William’s dwarf geckos (Lygodactylus williamsi) , also known as the electric blue gecko and the turquoise dwarf gecko in the illegal pet trade, after they were seized in a shipment at London’s Heathrow Airport.

The geckos, which are critically endangered, were destined for the pet trade when they were seized. Native to just two locations in Tanzania, the geckos are protected by international law. They are small, at just two inches in length and weigh just 5 grams.

Lygodactylus williamsi is found in a 3.1 square mile area of the Kimboza Forest in the Ruvu Forest Reserve in Mbagalala and Muhalama. Males are bright blue with black stripes along the throat area while females can range from brown to bronze to bright green. Females also lac the black stripe that is present on the males. They are illegal to capture and are threatened by the illegal collection for the international pet trade. It is estimated that in 2009, there were just 150,000 adults living in the wild, and the areas in which they are known to inhabit are not well protected. A captive breeding program was launched in 2013 by the European Association of Zoos and Aquaria and they have found the geckos very easy to breed.