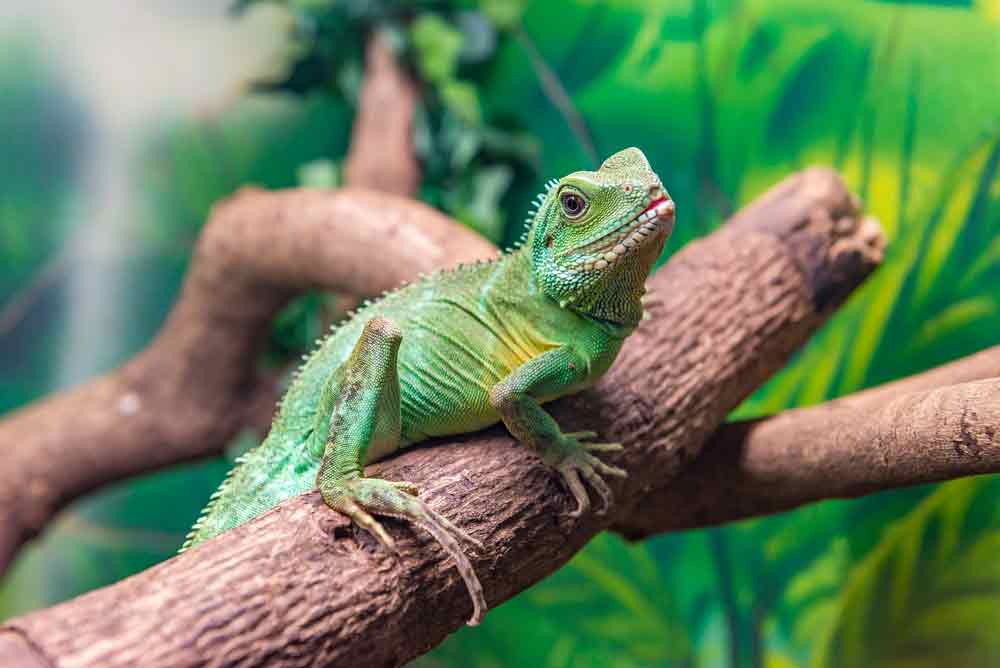 Did you know that your pet herp may be a species of protected wildlife? Many exotic reptiles and amphibians are protected under CITES, also known as t

Did you know that your pet herp may be a species of protected wildlife? Many exotic reptiles and amphibians are protected under CITES, also known as the Convention on International Trade in Endangered Species of Wild Fauna and Flora. Initiated in 1973, CITES is an international agreement currently signed by 183 countries and the European Union (also known as Parties), which regulates international trade in more than 38,000 wild animal and plant species, including their parts, products, and derivatives.

The aim of CITES is to ensure that international trade in specimens of wild animals and plants does not threaten their survival in the wild. In the United States, the implementation of CITES is the responsibility of the Secretary of the Interior, who has tasked the U.S. Fish and Wildlife Service (USFWS) as the lead agency responsible for the Convention’s implementation. You can help USFWS conserve these species by complying with CITES and other wildlife laws to ensure that your activities as a pet owner or seller are lawful and supportive from the threats that harm wild herp populations.

Species protected by CITES are included in one of three lists, referred to as Appendices, according to the degree of protection they need: Appendix I includes species threatened with extinction and provides the greatest level of protection, including restrictions on commercial trade. Appendix II includes species that, although currently not threatened with extinction, may become so without trade regulations to ensure trade is legal and biologically sustainable. Appendix III includes species protected by at least one country that needs assistance from other Parties to monitor its international trade. Changes to Appendices I and II must be proposed by a Party at a meeting of the Conference of the Parties (CoP) in accordance with the CITES trade and biological criteria (https://cites.org/sites/default/files/document/E-Res-09-24-R17.pdf) and agreed to by consensus or by a two-thirds majority of the Parties present and voting. In contrast, additions to Appendix III can be done by individual Parties at any time.

Every two to three years, the member countries to CITES hold a meeting of the CoP to review, discuss, and negotiate changes in the management and levels of trade in the various animal and plant species covered by the agreement. The U.S. public has input to these decisions through our Federal Register comment process (https://www.fws.gov/cites/cop19-federal-register-notices/).

At the recent 19th meeting of the Conference of the Parties (CoP19), held in Panama City, Panama, in November 2022, CITES Parties decided to increase protections for most herp species proposals (https://cites.org/eng/cop/19/amendment-proposals). These included agamid lizards, two species of geckos, horned lizards, Puerto Rican boa, matamata turtles, many species of North American turtles, Asian and Neotropical geoemydid turtles, as well as glass frogs and the Lao wart newt (see below for a complete list of herp species included at CoP19). Herps represented half of all 52 species proposals considered at this CoP (including three crocodilians species that are not covered here). These new inclusions to the CITES Appendices go into effect on February 23, 2023.

The lists below include 239 herp species for which species proposals were adopted at CITES CoP19 (https://cites.org/eng/cop/19/amendment-proposals). For a table with outcomes of all species proposals at CoP19, please visit our website (https://www.fws.gov/media/cites-cop19-species-outcomes-table). For a complete list of all species protected under CITES, please check the CITES Species Database at https://www.speciesplus.net/.

Species added/or transferred to Appendix I (5):

Note: * these two species are included in Appendix II with a zero-export quota for wild specimens traded for commercial purposes.

CITES Appendix I or II vs III

Higher Protection for the World’s Musk and Mud Turtles

North American musk turtles are native to the freshwaters of North America, from the extreme southeastern portion of Canada south along the eastern portion of the United States to Florida. They get their name from the musky, foul smelling secretion that is produced from two glandular openings on each side of their body near their carapace. They are threatened mainly by habitat loss and degradation, but are also highly susceptible to collection for the pet trade. Given their relatively small clutch sizes and reproductive output, as well as their reliance on adult survivorship, these turtles are more vulnerable to commercial harvest and international trade and are unlikely to withstand harvest of adults and subadults without intense management. Live musk turtles are exported primarily to East Asia for commercial purposes. For the years between 2013 and 2019, almost 1.5 million live Sternotherus turtles were exported from the United States, with the majority of specimens (60.1 percent) wild-sourced.

Without a complete picture of the population sizes of these species, it is difficult to determine whether or not this level of harvest and export is biologically sustainable. Although U.S. states have legislation that regulates the collection of Sternothernus and other freshwater turtles, these species are still harvested from the wild in parts of their range within the United States and exported internationally in large commercial quantities. Inclusion in CITES Appendix II will complement State and other domestic measures. It ensures that specimens entering international trade are acquired legally and sustainably and that the harvest is not detrimental to the survival of the species.

The genus Kinosternon (American mud turtles) includes 22 living species that are distributed from North America to South America. Their main threats, like turtles in the genus Sternotherus, are habitat loss and fragmentation, loss of plant cover, desiccation and/or contamination of water bodies, prescribed annual burning, and overexploitation for local consumption or the illegal international pet trade. As with Sternotherus turtles, given mud turtles relatively small clutch sizes and reproductive output and reliance on adult survivorship, they are more vulnerable to commercial harvest and international trade and are unlikely to withstand harvest of adults and subadults without intense management. Most commercial trade is in live specimens for pets. For additional information see: Proposals 28 through 31 https://cites.org/eng/cop/19/amendment-proposals

What do the New Listings Mean to Herp Owners?

Unless they are moving animals across an international border, these listings will have little effect on the average hobbyist or pet owner. If you do own any of the newly-listed species and plan to travel internationally with your pets, please refer to the USFWS website “Personal Pets” section found here.
As a pet owner and consumer, you should make sure that you always purchase herps from a reputable seller/breeder/dealer. Ask questions, including: Where did the animals come from? Were the animals legally acquired? If the juveniles are obviously captive-bred, were the parents legally acquired? Be an educated consumer and help protect the herp species represented in the pet trade. Keep a record of your purchase with receipts in a permanent file so that you will be prepared to apply for permits in the future, if needed.

What about Importers and Exporters?

Animal importers and exporters need to obtain proper legal documentation before importing and/or exporting CITES-listed species. The backbone of CITES is the regulatory permit system that facilitates international cooperation in conservation and trade monitoring. Permits are issued only if a country’s CITES Authorities determine that trade is legal and biologically sustainable, meaning that it does not threaten the species’ survival in the wild. The use of standardized permit forms allows inspection officials at ports of export and import to quickly verify that CITES-listed specimens are properly documented. Appendices I, II, and III species require applicants to submit standard application forms and fees to USFWS to obtain CITES export or import permits before moving specimens across international borders. Permit systems also facilitate the collection of species-specific trade data, which are used in the creation of annual reports. These data help determine trends in trade and ensure that trade in wildlife is sustainable. This trade monitoring has created a substantial body of information on the management and use of CITES species worldwide. Importers and exporters, please make sure you apply for the proper permits before shipping your animals. Thank you for your assistance in helping to conserve these species for future generations and traders.

To learn more about the herp proposals that the United States submitted for consideration to CoP19, please refer to information on native freshwater turtles, horned lizards, glass frogs, and the Puerto Rican boa available at https://www.fws.gov/cites/spotlight-species.

For a complete overview of USFWS submissions to CoP19, visit https://www.fws.gov/cites/species-proposals-and-other-documents-submitted-united-states-cites-cop19.

For all proposals submitted to CoP19, see https://cites.org/eng/cop/19/amendment-proposals.

For information on outcomes of all species proposals put forward at CoP19, please visit https://www.fws.gov/media/cites-cop19-species-outcomes-table).

For details about permit procedures and application forms, visit https://fwsepermits.servicenowservices.com/fws/?id=fws_kb_article&sys_id=2a923c341b806410a484a97ae54bcba8.

Dr. Leuteritz is a herpetologist and Chief of the Branch of Conservation Science Policy, Division of Scientific Authority for CITES in the International Affairs Program of the U.S. Fish and Wildlife Service. He works on animal trade issues pertaining to CITES.. He also has extensive experience conducting field research on tortoises in Africa.