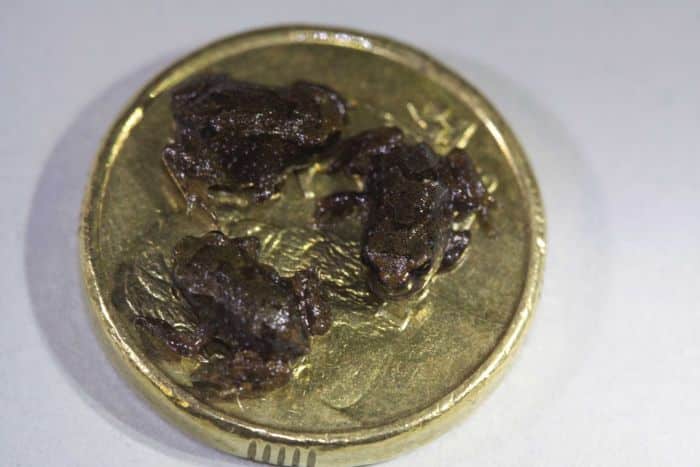 The Baw Baw frog is critically endangered and is currently known in just a single locality in Australia.

The Baw Baw frog (Philoria frosti), a tiny amphibian that only lives on Australia’s Mount Baw Baw, has a national day and that day is today, November 18. The diminutive frog grows to 55mm in length and has seen its population drop so much that scientists have seen a 90 percent decline in the frog’s population in the last 15 years. The critically endangered frog has been studied in the field for the last 20 years and their prospects aren’t promising.

“It's a little frog that only occurs on Baw Baw plateau," Chris Banks, Zoos Victoria's Conservation partnership manager told ABC News Australia. "Survey data started to show a decline in the frog's population, which led us to recognize this is a species possibly going to go extinct in the wild."

What is killing off all the little Baw Baw frogs? The chytrid fungus, which has most likely resulted in the extinction of more than 100 species of frogs since at least the 1970s.

National Baw Baw Frog Day occurs November 18 because amphibian specialists found BawBaw frog egg masses in the wild on November 18 in 2013 and 2014. These egg masses have so far produced 125 Baw Baw frogs at Zoos Victoria. The frogs have since been moved to the Melbourne Zoo’s Baw Baw Frog Bunker.
"We're now confident we've essentially achieved phase one of our long-term goal in the program, which is to be able to say we can maintain this frog in captivity, and raise them from eggs to tadpoles to frogs," Banks said. “We now have frogs that are 19 months old. The next challenge is to breed the frog in captivity which has never before happened. I'm confident we'll achieve that; it's an exciting challenge but we will get there, that's probably three years away."