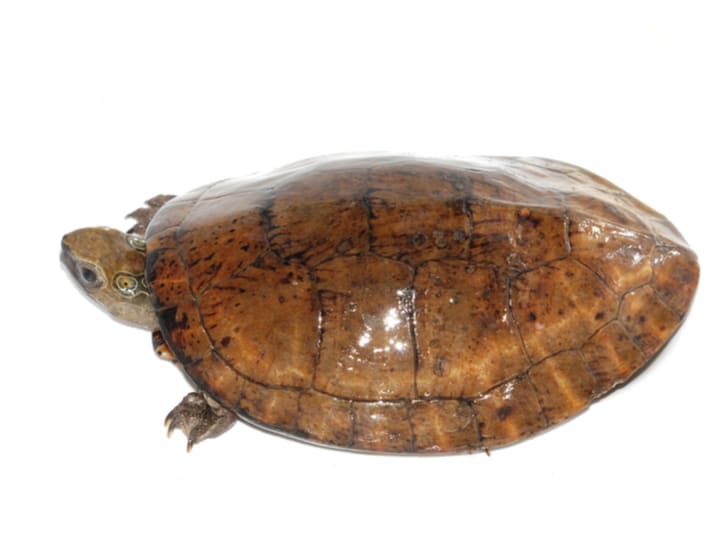 The Tennessee Aquarium's turtle population has increased by 20 this month, thanks to a baby boom in breeding programs at the aquarium. Seven red-headed Amazon River turtles (Podocnemis erythrocephala), eight yellow-blotched map turtles (Graptemys flavimaculata), three four-eyed turtles (Sacalia quadriocellata), and two Florida chicken turtles (Deirochelys reticularia chrysea) recently hatched at the aquarium. The aquarium's senior herpetologist, Bill Hughes said in a press release that the hatching of the endangered, vulnerable, and federally protected turtles will help to keep these species alive should their demise occur in the wild.

Of the turtle species that hatched, the red-headed Amazon River turtle is listed as vulnerable by the International Union for Conservation of Nature and Natural Resources (IUCN), while the four eyed turtle is listed as endangered by the IUCN.  The yellow-blotched map turtles, native to Mississippi's Pascagoula River and tributaries of the Mississippi River are federally protected. The Florida chicken turtles are not currently listed as endangered or vulnerable by IUCN nor are they protected in the United States. The aquarium houses more than 500 turtles encompassing 75 different species, including many species that are not shown to the public. See the videos below of the zoos recent turtle hatchling additions.

According to the Tennessee aquarium, the four eyed turtle (Sacalia quadriocellata) is named as such due to false eye markings on its neck. These hatchlings resulted from eggs that were laid in April 2012. It is native to China and the Southeast Asians of Laos and Vietnam. The zoo has successfully hatched this species in the past and has placed those specimens with institutions that are accredited by the Association of Zoos and Aquariums. The Tennessee Aquarium is the only institution in the United States that is breeding this species.

The Red-headed Amazon turtle (Podocnemis erythrocephala) is listed as Vulnerable by the IUCN. It is native to Brazil, Colombia, and Venezuela. According to the aquarium, population data of this turtle was last conducted in 1996, leading herpetologists to speculate that the wild population of this turtle has decreased tremendously since that time.

The yellow-blotched map turtle (Graptemys flavimaculata) is native to Mississippi and is endemic to the Pascagoula River as well as certain tributaries of the Mississippi River. It is a federally-protected species.

Florida chicken turtles (Deirochelys reticularia chrysea) are not threatened or endangered in the wild and are native to Florida. They are named as such because they were once a food source for people that claimed the turtle tasted like chicken.