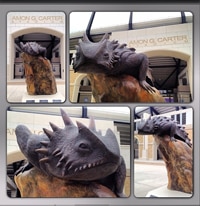 Texas Christian University (TCU) unveiled a new statue at the university's Amon G. Carter Stadium of the school's mascot, the horned frog (actually a Texas horned lizard, Phrynosoma cornutum), in a fairly menacing pose sunning itself atop a large rock. The lizard, which is the state reptile of Texas, has been the school mascot longer than Texas Christian University has been the university's name. It was named TCU in 1897. A lot of research of the horned lizard (Phrynosoma cornutum) is actually conducted at TCU, and students who attend the school are known as "frogs." 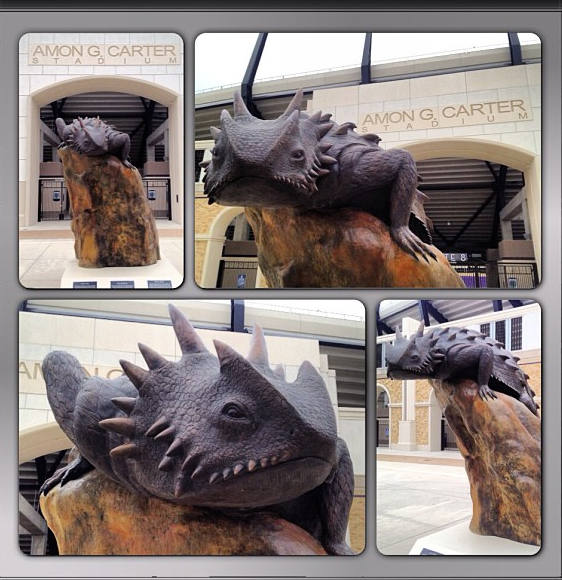 The horned frog, also known as the horny toad, horned toad and horned lizard is a reptile of the Iguanidae family. It grows to 3-5 inches in length and has distinct horns on its body. In addition to Texas, the horned lizard can be found in other areas of the south central United States and into Mexico. As a defense mechanism, the horned lizard has the capability to squirt a fine stream of blood from its eye area. Because the horned lizard's diet is harvester ants, this lizard is very difficult to keep. The lizard has declined some 30 percent from its range. Researchers blame this on the use of pesticides as well as the spread of red imported fire ants. The lizard is protected, and it is illegal to take possess, transport or sell them without a special permit.