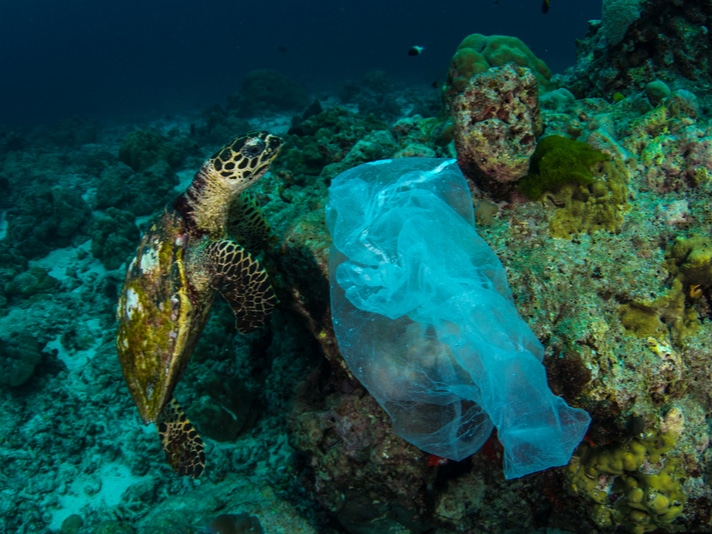 Large pieces of plastic degrade in the ocean and become microplastic. It does not go away.

An international consortium of researchers have published a stunning report detailing micro plastic ingestion among all seven marine turtle species. The report, published in the journal Global Change Biology, is the first that documents the incidence and level of synthetic particles in marine turtles. 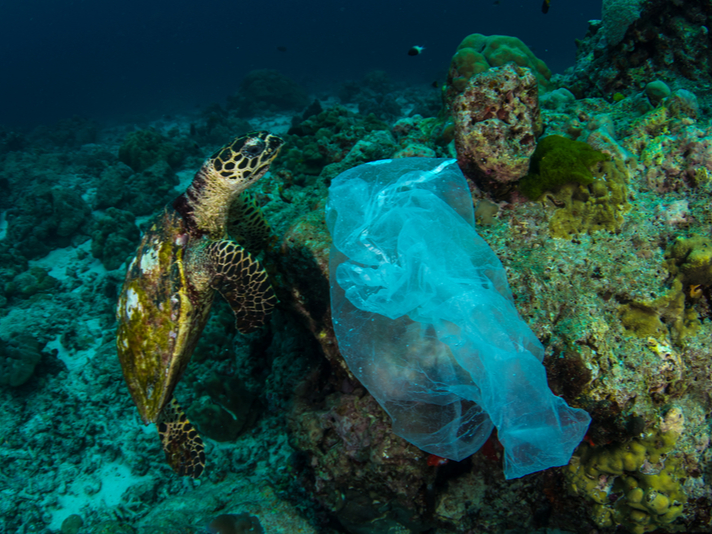 Large pieces of plastic degrade in the ocean and become microplastic. It does not go away.

The researchers studied both stranded and bycaught (accidentally caught)  marine reptiles in the Atlantic and Pacific oceans as well as the Mediterranean Sea and found that all marine turtle species (green (Chelonia mydas), loggerhead (Caretta caretta), Kemp's ridley (Lepidochelys kempii), leatherback (Dermochelys coriacea), flatback (Natator depressus), hawksbill (Eretmochelys imbricata) and olive ridley turtles (Lepidochelys olivacea)), that were tested had some level of plastic and microplastic in their digestive systems.

The researchers studied 102 turtles in total and found a 100 percent incidence of microplastics in their guts. The particles varied based on study site, but the most common synthetic materials were classified as fibers, with lesser amounts of fragments and microbeads. The vast majority of fibers are black and blue in coloration, followed by red and clear fibers.

Turtles aren't just eating plastic bags or balloons found in the world's oceans to ingest the synthetic materials. The researchers believe that another pathway for these materials to get into their digestive tracts could also come from microplastics adhering to seaweeds that certain turtles eat. Sponges and other sessile filter feeders, known food items of marine turtles, have also been documented to ingest microplastics, according to the research paper.

The complete paper, "Microplastic ingestion ubiquitous in marine turtles," can be accessed here.