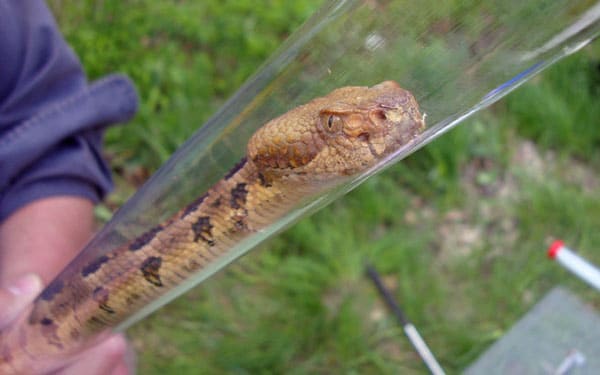 Snake Fungal Disease, first confirmed in a captive rat snake in 2006, has now been confirmed in seven species of wild snakes across the Eastern a

Snake Fungal Disease, first confirmed in a captive rat snake in 2006, has now been confirmed in seven species of wild snakes across the Eastern and Midwest United States. The disease, thought to be caused by the fungus Ophidiomyces (formerly Chrysosporium) ophiodiicola, a fungus, but is not the definitive cause of SFD. The disease has been reported in snakes in Florida, Illinois, Massachusetts, Minnesota, New Jersey, New York, Ohio, South Carolina, Tennessee and Wisconsin. 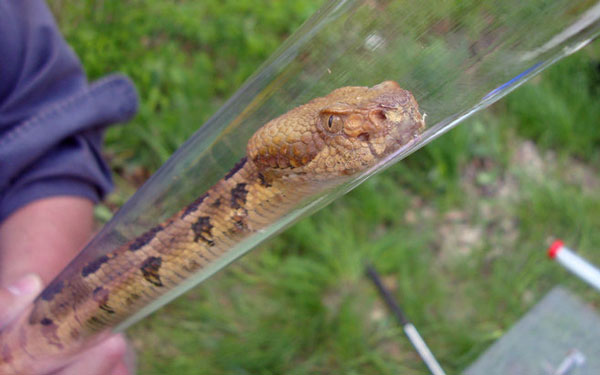 Scientists are not sure how the snakes acquire the disease, but do know that it has devastating and usually fatal consequences for the snakes that catch it. The  United States Geological Survey National Wildlife Health Center has so far collected evidence of the fungus on several types of non-venomous and venomous snakes, including the northern water snake (Nerodia sipedon), eastern racer (Coluber constrictor), rat snake (Pantherophis obsoletus species complex), timber rattlesnake (Crotalus horridus), massasauga (Sistrurus catenatus), pygmy rattlesnake (Sistrurus miliarius), and milk snake (Lampropeltis triangulum).

The disease is devastating to the snakes because it attacks the mouth and face area of the snakes, which prevents them from eating and drinking water. Its symptoms include scabs and crusty scales. According to researchers the outermost layer of the skin separates from the underlying skin and the eyes become cloudy even though the snake is not in shed. The face of the snake also becomes swollen. Some species don’t show any outward signs of the fungus, but when they are necropsied, the fungus is found in the lungs.