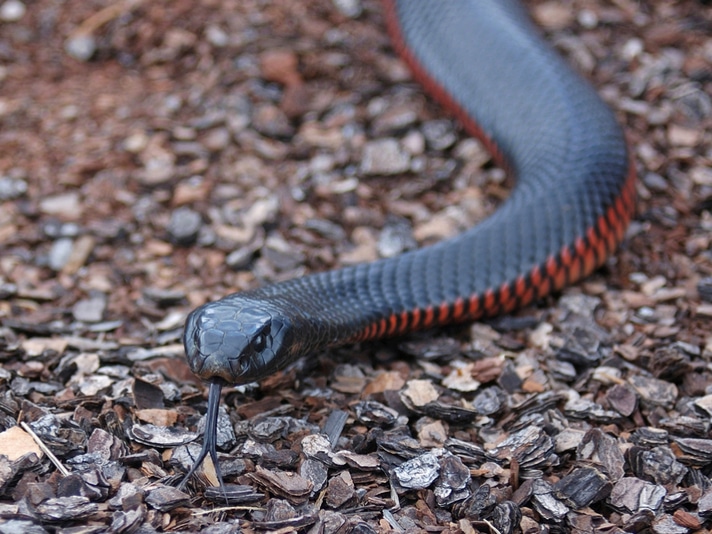 Skitzo killed the snake and luckily the snake didn't inject any venom.

A woman in Queensland, Australia was in her yard and picked up a garden hose when she was bit by a red-bellied black snake (Pseudechis porphyriacus), but what happened next came as a shock to Denise Thynne, 66. Her cat, aptly named Skitzo, apparently was watching behind the scenes, and after the snake bit Thynne, Skitzo went in for the kill, killing the snake.

"She came out stalking and it looked like she was mesmerising it and then she just went in for the kill," Ms Thynne said. "I turned the snake over and saw the red belly and thought 'oh that's not a very friendly one'."

Thynne started to feel pain so she was taken to a hospital where doctors determined that the bite was a dry bite, so she was released the day after she was bit. The kicker? This was the fourth time she was bit by snakes, but no word if the previous bites were from red-bellied black snakes.

The red-bellied black snake is a large venomous snake native to the east coast of Australia. It can be found in woodlands, forests, and swamplands and on rare occurrences, in yards underneath garden hoses, as well as stuck in beer cans. It grows to about 2 meters in length and is glossy black on its back and red on it belly. It is really a beautiful snake. It is front fanged and feeds mainly on frogs, other reptiles including other snakes and small mammals. It also eats its own species.