Certain Mosquito Repellents Are Lethal To Larval Salamanders
4 Four-Eyed Turtles Hatched At Tennessee Aquarium
Video: These Snake Catchers In Singapore Get It Done Like A Boss

Olive ridley sea turtles (Lepidochelys olivacea) come to the beaches of Costa Rica’s Ostional National Wildlife Refuge on the country’s Pacific Coast to nest, and until now, it was unclear just how many made the pilgrimage each nesting season. 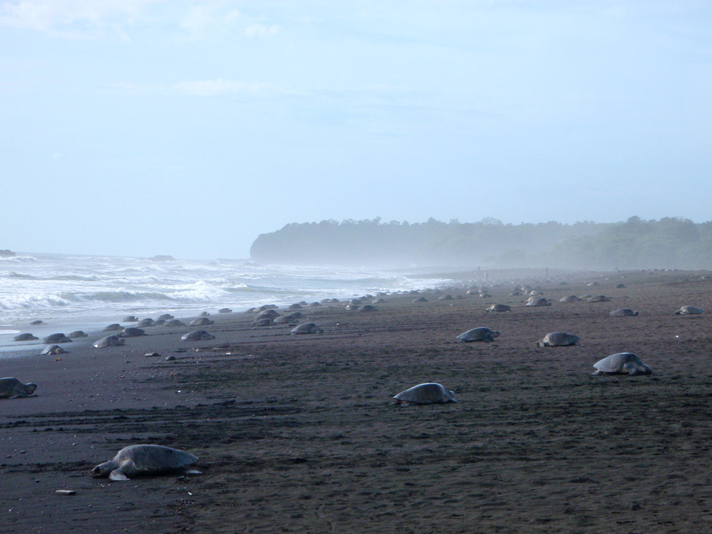 Scientists from Duke University and the University of North Carolina at Chapel Hill knew that the numbers were impressive, but they were not sure of the density of the turtles during peak nesting season, so they employed a fixed wing drone to survey the landscape.

According to a research paper that was published in the journal Nature, what they found was fairly impressive. The drone footage revealed that the sea turtle density during peak nesting season was about 2,086 reptiles per square kilometer.

“These are extraordinary numbers, much higher than any of us anticipated,” Seth Sykora-Bodie, a Ph.D student at Duke’s Nicholas School of the Environment said in a statement released by the university.  Sykora-Bodie co-led the study with Vanessa Bézy, a Ph.D candidate at UNC-CH.

The previous way this data was collected included mark and recapture studies, in-water surveys, and turtle counting on nesting beaches, which the scientists say can be costly and time consuming.

“Our findings confirm drones can be used as a powerful tool to study sea turtle abundance at sea, and reveal incredible densities of turtles in Ostional’s nearshore habitat,” said Bézy. “The development of this methodology provides vital new insights for future conservation and research.”

The use of drones is a much more cost effective alternative. 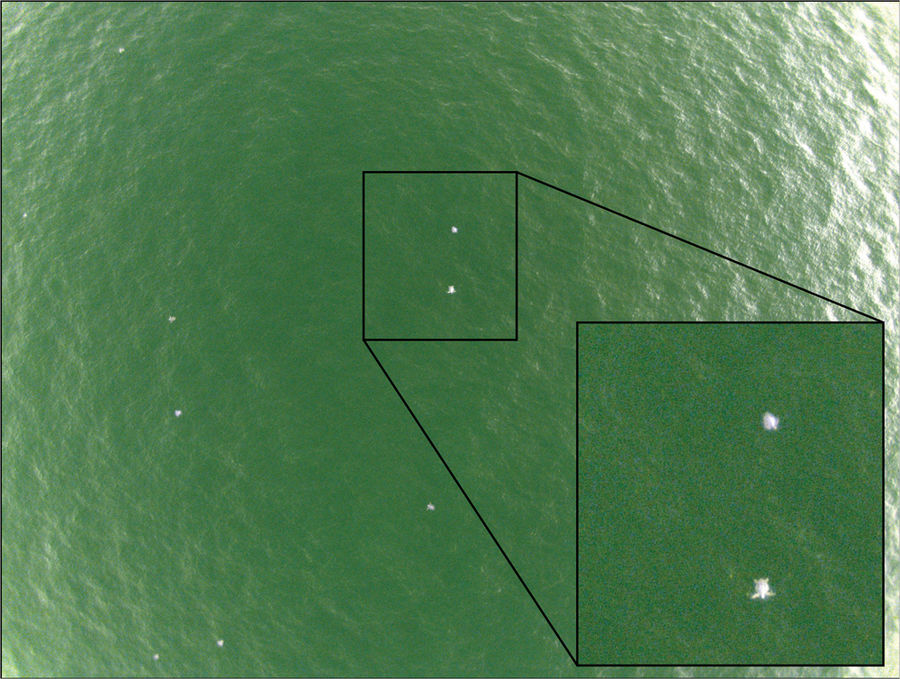 An example of a near-infrared photo of olive ridley sea turtles obtained from the eBee fixed-wing UAS during a survey (90 m altitude, 2.5 cm resolution).

“Because of the clarity of the images we can collect, and the greater flexibility we have in where, when and how we collect them, this approach provides us with better data for understanding population status and trends, which can then be used to inform management decisions and develop conservation measures tailored to individual populations, locations and time frames,” Sykora-Bodie said.