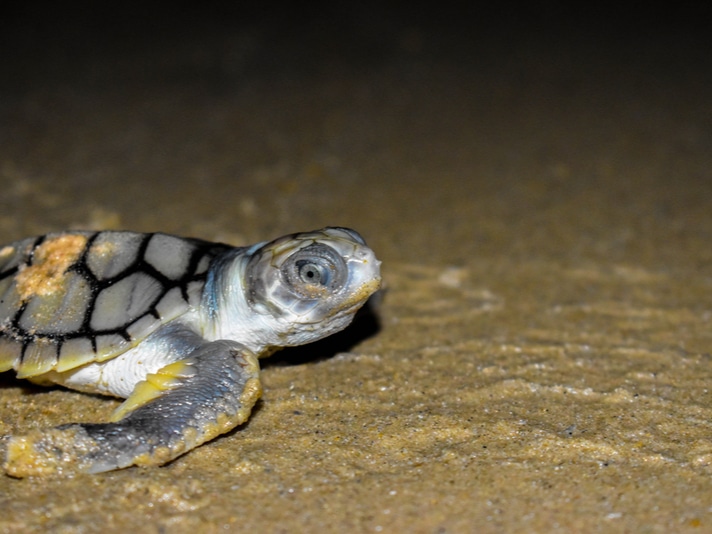 The Australian flatback sea turtle (Natator depressus) is a tough little chelonian that is native only to Australian waters, Papua New Guinea and cert

The Australian flatback sea turtle (Natator depressus) is a tough little chelonian that is native only to Australian waters, Papua New Guinea and certain areas in Indonesia. Researchers Mike Salmon and Jeanette Wyneken with Florida Atlantic University want to know more about these small sea turtles and will tag 31 turtles to study  where they go and how they grow. The sea turtles will be on display at the Aquarium of Western Australia before they are released, according to The Guardian.

There are a few things that scientists know about these sea turtles. They are limited to shallow waters and don’t travel great lengths like other sea turtles do. The females lay fewer but larger eggs, which results in larger babies. The babies have a serrated shell and a fairly courageous attitude that helps them ward off potential predators such as sea birds. Also, when Wyneken collected several of the sea turtles from their nest before they reached the surface, one of them bit her hand.  This trait to bite something potentially larger than them impressed Wyneken.

The adult flatback sea turtle’s carapace length is 35 inches long. They are known to feed on seagrasses, invertebrates such as mollusks, jellyfish, and small crustaceans as well as fishes. They are considered vulnerable to extinction in Western Australia, their only known breeding ground.