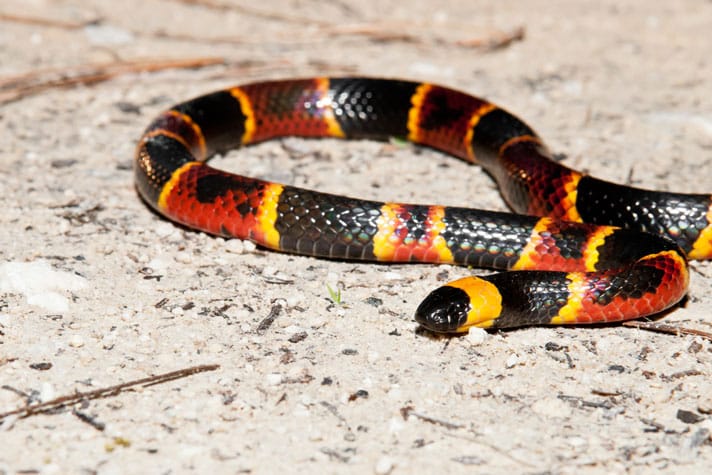 The snake was later destroyed.

Backyard Wilderness, A Film About Critters Around A Suburban Home To Open March 2018
Sand And Scrub-dwelling Snake Species
Momma Possum Fends Off Carpet Python That Tried To Eat Her Baby

A high school student in Orange City, Fla. was bitten by a coral snake after he picked the reptile up and took it to school with him. 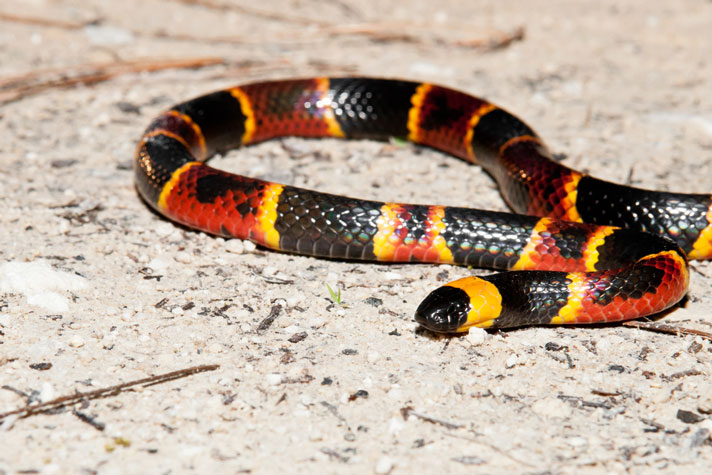 According to school administrators at University High School, the student apparently found the snake off campus and brought it with him. He was then bitten on the hand, near his knuckles.

The snake was killed so it wouldn’t harm others on campus, officials said.

Coral snakes are of the family Elapidae, which is made up of more than 120 species. They are found from Florida to the Philippines and all are venomous. The coral snakes in the United States are considered by some to be shy reptiles, but their venom is still very potent.