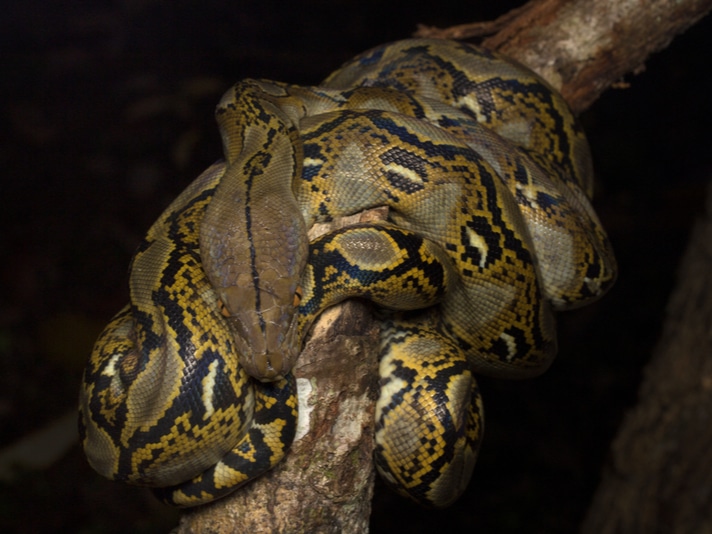 THE USFWS has added the reticulated python and three anacondas to the list of banned snakes.

The U.S. Fish and Wildlife Service announced today that the reticulated python (Python reticulatus), DeSchauensee's anaconda ( Eunectes deschauenseei), green anaconda (Eunectes murinus) and Beni anaconda (Eunectes beniensis) are injurious under the Lacey Act and have been added to the list of injurious snakes that the service restricted three years ago. The boa constrictor ( Boa constrictor imperator) was removed from the listing.

The listing of these four  snakes will prohibit the importation of these reptiles into the United States and will make it illegal to sell them across state lines.

The rule specifically prohibits the interstate transport and importation of these live snakes, their viable reproductive assets such as sperm and eggs, or any hybrids. The rule does not restrict the sales of these snakes within a state as long as buyers don't try to transport the snakes across state lines.

The reptile community argued that the federal government is applying a national solution” to what is largely an issue in South Florida, where Burmese and other large pythons have taken a foothold in the last several decades.

"It's absurd," said Phil Goss, president of the U.S. Association of Reptile Keepers.  "It's overreach."

The listing of these snakes could affect every owner in some way or another. Those who currently own these snakes will be allowed to keep them if allowed by state law. However, if an owner were to move to another state, it would be illegal for them to transport the snake across state lines. Breeders of these snakes can still export them out of the United States from a designated port within their state. Permits from the U.S. Fish and Wildlife Service will be required to do so.

The video below details the fact that not all reticulated pythons grow large. Dwarfs and Super dwarfs are considerably smaller.