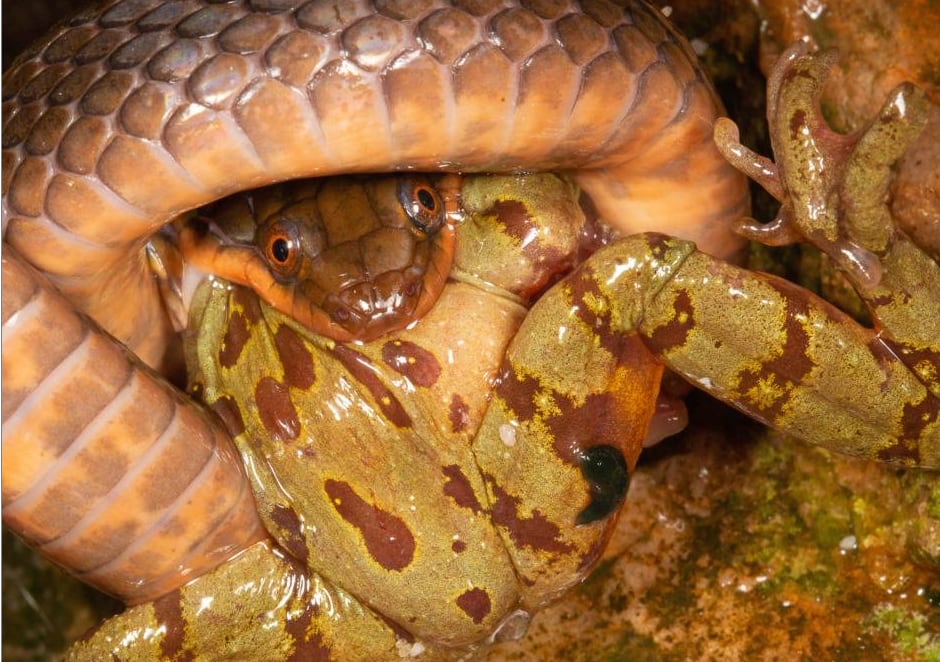 Scientists have finally found a good use for Facebook; to track the eating habits of snakes in Africa. Seriously that is a good use for the social med

Scientists have finally found a good use for Facebook; to track the eating habits of snakes in Africa. Seriously that is a good use for the social media platform that is well known for spreading falsehoods and disinformation.

The researchers, Dr. Robin A. Maritz and Dr. Bryan Maritz of the Maritz Lab at the University of the Western Cape in South Africa, noticed in 2015 that photos and videos of snakes eating were being widely shared on Facebook. They decided to form a Facebook group dedicated to snakes feeding called Predation Records – Reptiles and Frogs (Sub-Saharan Africa) that enabled users to record the shared observations systematically. Maritz and Maritz say their findings show that active users on the social media platform can help them collect ecological data very quickly and inexpensively.

Is Diet Diversity Important To Your Snake?

Exotic Insect Feeders For Your Herps

The researchers said Facebook outperformed iNaturalist and Google Images for images of snakes feeding in southern Africa. They noted that Facebook enabled them to identify prey more precisely as most of the prey were photographed while being eaten or after a snake regurgitated its meal. This is a far more accurate identification process than prey collected from the stomachs of museum specimens due to digestion, which makes a positive ID more challenging, they noted.

“Our findings highlight the remarkable power of citizen science to reveal undocumented details about the natural world,” the researchers wrote. “In the case of snake diets, specifically, it is the harnessing of thousands of social media users that facilitated the data collection.”

“While our study was restricted to southern Africa, expanding data collection efforts like this into the rest of Africa is necessary. Given that Africa experiences some of the world’s heaviest snakebite burden, details on the biology of its snakes will prove useful. If ever there was an opportunity to gather novel, important ecological information about snakes in Africa, this is it.”