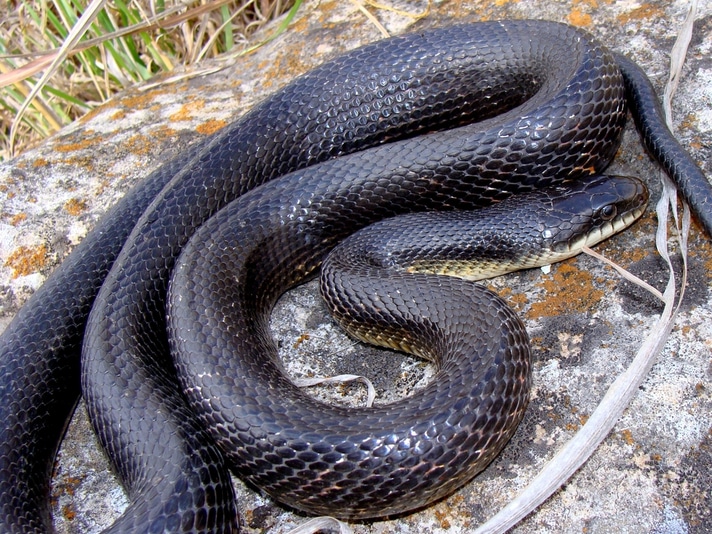 Firefighters found evidence that some snakes did not survive the fire, but others likely survived.Photo by Matt Jeppson/Shutterstock

Maryland Man Tries To Smoke Out Snakes From Home, Causes $1 Million In Damage

Firefighters found evidence that some snakes did not survive the fire, but others likely survived.

If your house is infested with snakes, call animal control.

A man in Dickerson, MD apparently had a snake infestation problem in his home, and in the course of trying to “smoke’ the snakes out, his home, estimated to be worth $US 1.8 million caught fire, causing about $US 1 million in damage, according to the Montgomery County (MD) Fire & Rescue Service, which responded to the fire November 23.

*Follow up status of snakes involved in recent (11/23) house fire in Dickerson, MD. FFs located evidence that some snakes did not survive, however others likely did. MORE RE Problems w/ wildlife @MontgomeryCoMD SEE: https://t.co/6BtsWeL2B6 https://t.co/d6aVj8Zdpf pic.twitter.com/TO4hw0HNnl

Pete Piringer, chief spokesperson for Montgomery County (MD) Fire & Rescue Service tweeted that the suspected heat source, coals, were too close to combustible material in the basement where the fire originated. Firefighters found evidence that some snakes did not survive the fire, but others likely survived. It is unknown what species of snake were in the house.

Piringer then tweeted the website for the Montgomery County Animal Services & Adoption Center, which the owner of the home could have called to remedy the snake infestation.

A $2 million lawsuit was filed in 2015 over a house in Maryland that was supposedly sold with an “infestation” of black rat snakes (Pantherophis obsoleta). The two parties ended their lawsuit in 2015.