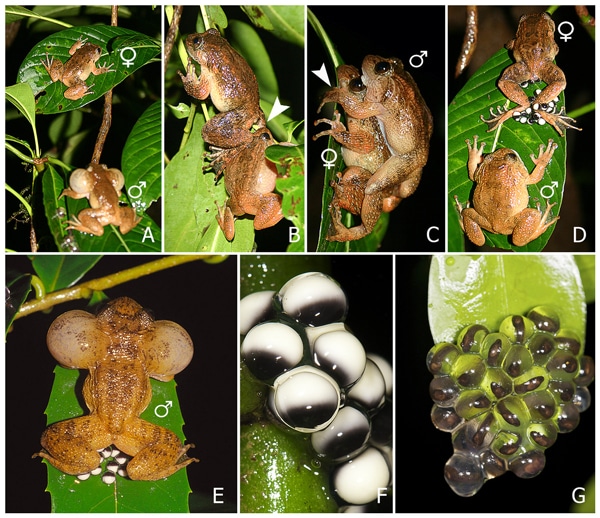 There is no physical contact during what researchers call the "dorsal straddle."

The six mating positions (known as amplexus nodes in science circles) of the world’s frogs and toads have been well documented over the years, and now a seventh position has been documented in the Bombay night frog (Nyctibatrachus humayuni), an amphibian that can be found in India’s Western Ghats region.

"This is a remarkable frog with an unprecedented reproductive behaviour, which is unique for a number of reasons,” said University of Delhi Professor Sathyabhama Das Biju, and lead researcher on the paper. “This discovery is fundamental for understanding the evolutionary ecology and behavior in anuran (frogs and toads) amphibians." 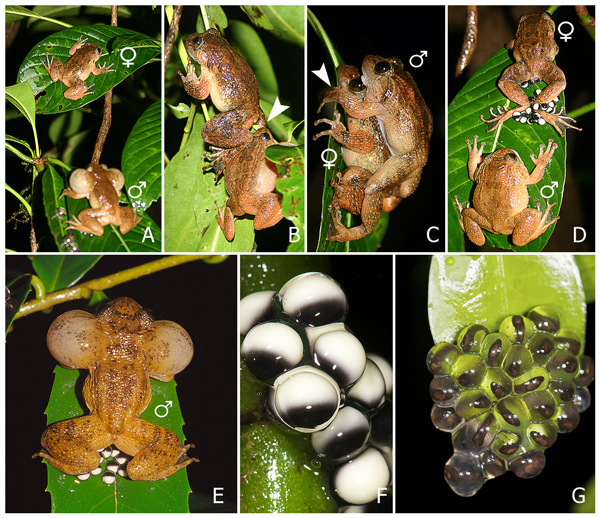 The Bombay night frog uses an entirely new sexual position called the dorsal straddle. The dorsal straddle involves the male frog climbing onto the back of the female, or straddling, with his limbs grasping onto the branch or leaf or other object in which the the female is resting. The male then releases his sperm all over the female’s back before hopping away. The female then releases her eggs, which are fertilized as the sperm drips down her back. There is no physical contact between the sex organs during the courtship.

The complete paper can be read on the PeerJ journal website.

Loading...
Newer Post
What Would You Do if a Monitor Lizard is Knocking at Your Front Door?
Older Post
Owner's Response To Govt. Request To Access Property To Count Yellow-Legged Frogs Is Priceless
Advertisement