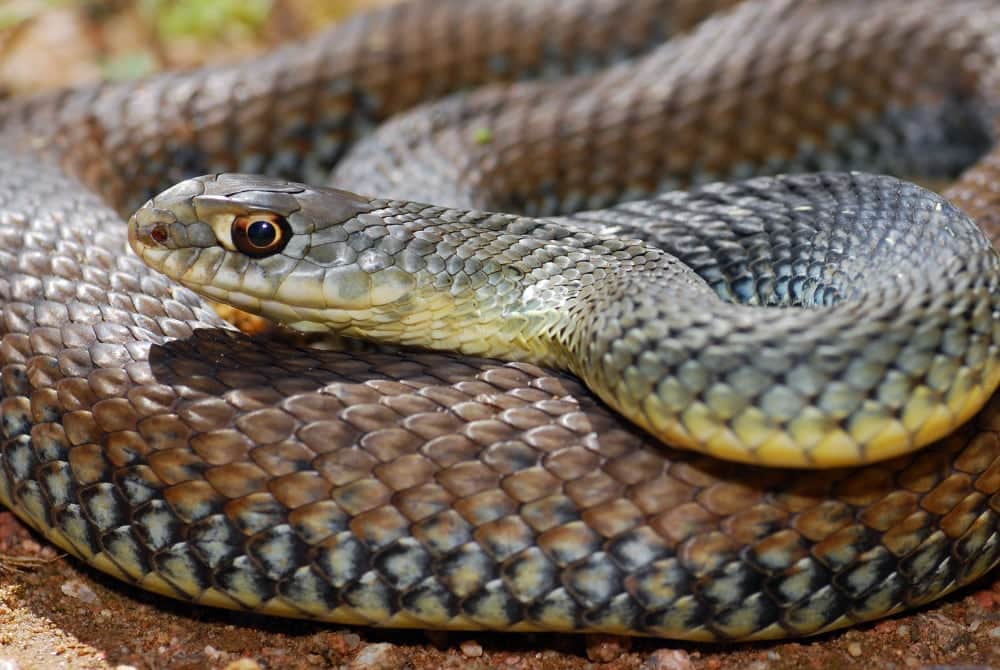 The Montpellier snake is a mildly venomous, rear-fanged snake.

The researchers detail three potential reasons why the males ate the females.

The Montpellier snake is a mildly venomous, rear-fanged snake.

Researchers Xavier Glaudas and Nicolas Fuento have documented three instances in which male Montpellier snakes (Malpolon monspessulanus), cannibalizing their female counterparts, which is apparently a rare occurrence. The researchers note that while this practice is more common among arthropods, among animals, and especially among reptiles, this is a more rare occurrence.

In an interview with The Scientist, Organismal Biologist Xavier Glaudas, who is affiliated with the University of the Witwatersrand, Johannesburg, in South Africa and his colleague Nicolas Fuento of the Ligue pour la Protection des Oiseaux PACA note that the occurrence of a male snake consuming a female of the same species is somewhat detrimental for the species.

“I was very surprised. I was just like ‘Are you serious? Really?’ and it was not just one case. . . . I’m just thinking well, okay, we need to get all this stuff together,” Glaudas told the New Scientist. “We need to write something because this is rather counterintuitive, and we need to report this. Then [Fuento] sent me pictures and I was absolutely excited about this.. . . . Then we got it confirmed by experts of the species to confirm that yes, indeed, these are three different cases of males feeding on adult females.”

The researchers detail three potential reasons why the males ate the females. One is that the male was in feeding mode and observed something move and went in for the kill, unaware that he was eating a female of the same species. The second hypothesis is that the the female was just a prey item, part of the species prey population. The researchers noted that the Montpellier snake is an opportunistic predator and while snakes are on their menu, they are not a snake eating specialist like a king cobra. They speculate that the males fed on the females during a time when their more typical prey were not available and had to feed on something. The third hypothesis is the male was removing a competitor from their ecological niche. When a potential predator is removed, the chance for survival is greater as there are more prey items for them in the ecosystem.

The researchers noted there is a paper on African cobras that detail cannibalism among the species as well, but the difference is that there was not a single documented case of a male cannibalizing a female cobra.

The Montpellier snake is a mildly venomous, rear-fanged snake that is common throughout much of the Mediterranean, It is named after Montpellier, a city in the south of France. The species feeds on lizards and can grow up to 7 feet (2 meters) in length. There are three subspecies: the Western subspecies, M. m. monspessulanus and two Eastern subspecies, M. m. insignitus and M. m. fuscus.

An abstract of the note, “The strange occurrence of male cannibalism on adult females in snakes” can be read on the International Journal of Behavioral Biology website.