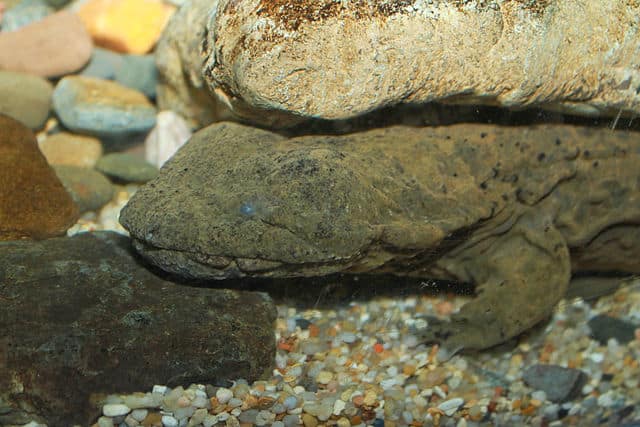 The hellbender salamander does well in Pennsylvania due to the state's clean water, rocky stream bottoms and abundance of crayfish.

Researchers with the Western Pennsylvania Conservancy have discovered a new population of hellbender salamanders in an undisclosed body of water in Butler County, PA. 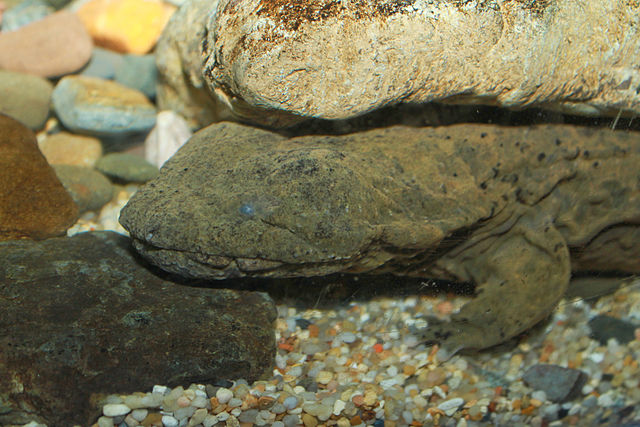 Hellbenders, also known as snot otters, are the largest amphibians in North America.

According to tribLive, Eric Chapman, director of aquatic science for the WPC,  a conservancy crew was doing stream stabilization work over the summer when they happened upon the new population of the amphibian.

“That goes to show that we are still finding new populations,” Chapman said. The hellbender, which is the state amphibian, thrives in Pennsylvania, according to Chapman, due to high water quality, rocky substrate where the salamander thrives, and an abundance of crayfish, which is its preferred food.

Hellbender salamanders, also known as snot otters, are listed as near threatened on the IUCN Red List of Threatened Species. Their bodies are fairly flat and their skin is folded and wrinkled. They breathe by absorbing oxygen through their skin, which is covered in mucus that is toxic to predators but not humans. The eastern hellbender grows to more than two feet in length and is found in streams in the eastern United States to Mississippi. They are fully aquatic salamanders and don't leave the water. They develop skin lesions when exposed to highly polluted waters. Nocturnal, the hellbender feeds on crayfish, dead fish, insects and other amphibians. They are prey to fish, turtles and snakes. They reach maturity in five to eight years and can live up to about 30 years.