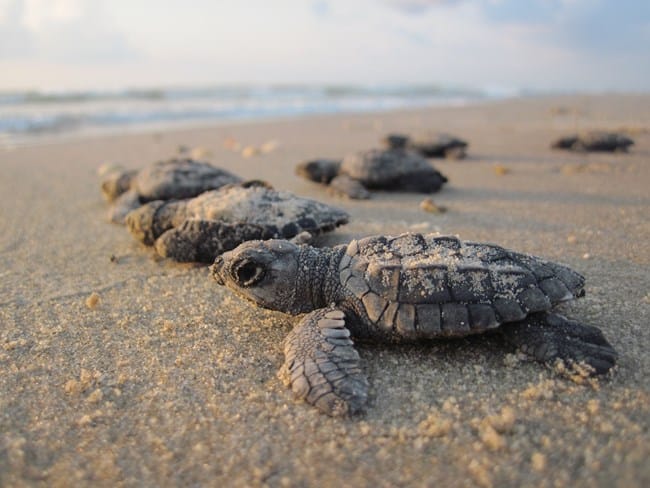 Once sea turtles hatch, they head straight to the ocean.

A team of international researchers have developed a computer model to better study hatchling sea turtles and where they go during their “lost years,” the timeframe in which the reptiles are living amongst sargassum as they grow. 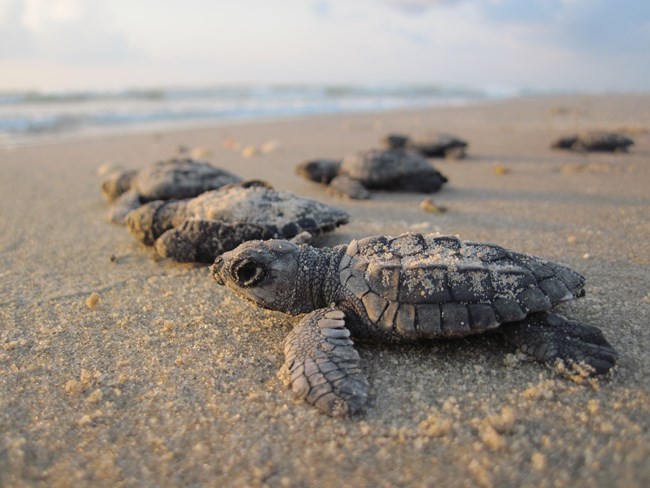 Once sea turtles hatch, they head straight to the ocean.

In their research, the scientists simulated the dispersal of 25 ocean stage juvenile turtles and tracked the movements of these virtual hatchlings in a hindcast ocean circulation model. Estimates of annual hatchling production from nesting areas in the northwest Atlantic were factored into the model, as were hurricanes, but not man-made threats.

The researchers compiled 30 years of ocean circulation data and sea turtle nesting and stranding data from the Caribbean, Gulf of Mexico and Florida coasts. It predicts where loggerheads (Caretta caretta), Kemp’s ridley (Lepidochelys kempii ) and green sea turtles (Chelonia mydas) go during the lost years, which the researches say will help to determine what threats the juvenile turtles encounter and to help predict population trends.

The researchers found that the turtles migrate offshore and inshore, and their densities were determined based on age. Kemp’s Ridley sea turtles, for example were predicted in high densities in the “western and central northern Gulf of Mexico (ages 1.5–2.5 yr), extending eastward to west Florida (age 2.5 yr), with some portion concentrating offshore of northeast Florida and North Carolina,”  while green sea turtles “predicted in the southeastern Caribbean Sea (ages 0.5–3.5 yr), the U.S. Atlantic coast (ages 0.5–1.5 yr), the northern Gulf of Mexico (ages 1.5–3.5 yr) and within the Sargasso Sea (ages 2.5–3.5 yr).” Loggerheads were predicted to have high numbers in the eastern Gulf of Mexico (ages 0.5–1.5 yr), along the eastern U.S. coast, and northwestern Atlantic coast (0.5 yr), as well as in the Sargasso Sea  (ages 1.5–3.5 yr).

The complete study can be read on the Ecography journal, and can be accessed here.