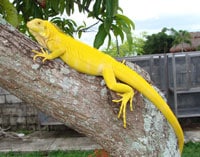 Reptile morphs and mutations continue to invigorate the reptile industry.

What is the first reptile you think of when discussion turns to reptile morphs? For me, it’s the ball python. Quite possibly, no other reptile has been so famously mutated as the ball python in recent years. When you go to pretty much any reptile expo these days, you’re pretty much guaranteed to see lots of ball pythons exhibiting an ever-expanding array of colors and patterns. They can make for an eye-boggling display, and the popularity of ball python morphs has done much to invigorate the reptilekeeping hobby. 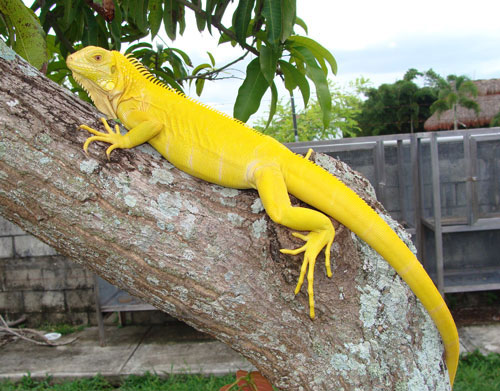 One of Tom Crutchfield’s albino green iguanas. You can see why such a stir was created when these guys first started appearing!

Ball pythons are not the only snakes that are available in an increasing array of designs; you can also find new types of many other species, from corn snakes to carpet pythons. The corn snake was the real “pilot project” when it came to breeding color mutations, starting with H. Bernard Bechtel breeding the first albino corn snakes in 1961. Perhaps the ball python breeders stole the limelight to a degree in later years, but corn snakes are still super popular, and the fact that new corn snake mutations are still being bred with regularity means the corn snake remains firmly ensconced as one of the most popular pet snakes of all time (quite possibly, the most popular pet snake of all time). 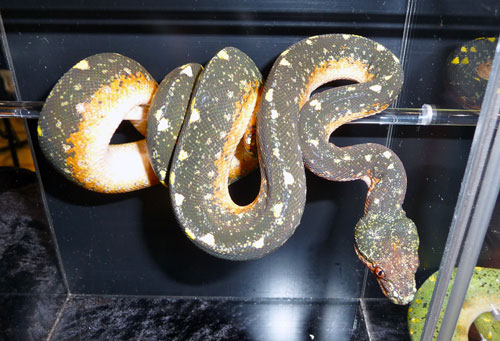 I remember years ago when I saw my first albino Burmese pythons at the San Diego Zoo. That was unreal. At the last Daytona expo Rico Walder had a new chondropython morph that he was calling the “super black,” which is also very cool looking. Snakes are the frontrunners in the world of fantastical reptile morphs, but other types of reptiles are giving them a run for their money. Leopard gecko morphs are a booming business, and when you have just one breeder such as Ron Tremper breeding so many different types, you realize that the sky’s the limit. Of course it’s especially great when morph breeding is concentrated on some of the easier-to-keep, hardy species such as corn snakes and leopard geckos. For one thing, these animals don’t require overly complicated care to stay healthy, and they already have an active fan base. The morphs, as far as I know, are just as easy to care for as the “normal” specimens. But another beneficial result is that it became possible for breeders to make a few more shekels breeding these most-common reptile species. There will always be a market for standard leopard geckos and corn snakes (personally, I still think a normal-phase Okeetee corn snake is one of the most beautiful snakes you could own), but the prices for these species got jumpstarted with the arrival of different mutations. So where breeders were once limited to charging less and less for increasingly abundant normal animals, it became possible for them to charge more for their unique morphs. This has led to some pretty big bucks changing hands, and that’s good for everybody! 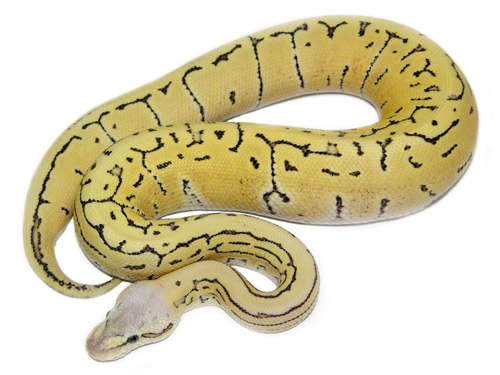 One lizard that took a bit longer to enter the mutation race was the green iguana. The green iguana, too, played a large role in the expansion of the reptilekeeping hobby. This lizard was the poster child for the industry for a number of years. It’s still a beloved reptile – it seems issues of REPTILES magazine that feature a green iguana on the cover are always popular. This is despite the fact that the green iguana has been proven to be a reptile better suited to advanced hobbyists rather than the beginners it was being sold to for decades. Green iguanas were pretty much green for years and years, with an occasional bluish specimen popping up. Nowadays, though, there are white green iguanas, as well as albinos. I think I first saw albino green iguanas at Tom Crutchfield’s table at the National Reptile Breeders Expo several years ago, and he continues to produce these beautiful lizards. You never get over the green iguana form – the spines, the tympanum scale, their eyes – and no matter what color they are, they’re so darn stately. The beautiful albinos, though, definitely are eye-catchers. 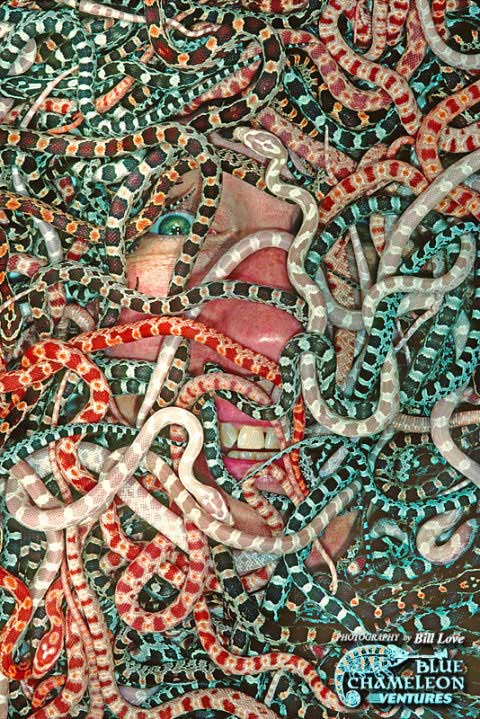 Corn snake morphs galore helped boost this docile species into reptile superstardom. The face buried beneath all these corns belongs to none other than Corn Snake Queen Kathy Love.

Crested geckos and tokay geckos are also available in different colors these days. I’ve heard a rumor that the fat-tailed gecko may be poised to steal the mutation limelight from its cousin, the leopard gecko. Time will tell. And don’t think turtles haven’t enjoyed some renewed morph-fueled popularity. The red-eared slider, for instance, is another “landmark reptile,” and you can now buy albino red ears, pastels and other types. They’re all very cool looking.

Another amazing mutation I’ll never forget seeing for the first time is the leucistic alligator. I was in New Orleans years ago when I saw the white gators at the Aquarium of the Americas. They were gorgeous – solid white with blue eyes! They looked like they were carved out of ivory, or white chocolate. Definitely cool. These guys just popped up in nature all of a sudden.

Today’s mind-bending assortment of reptile morphs have been bred in captivity, and they are prized by collectors. In nature, however, animals outside the norm in regard to color and pattern usually stand a slim chance for survival. Cryptic coloration allows wild reptiles to blend in with their surroundings. Take green iguanas, for instance. They’re highly arboreal lizards that love lounging in the trees. Green coloration, obviously, can make them nearly invisible in such surroundings. Now imagine a bright yellow green iguana against a background of green leaves. It’s going to stand out like a sore thumb (I wonder where that saying came from…do sore thumbs stand out much more than other thumbs?). Many snakes are cloaked in earth tones that camouflage them seamlessly against the leaf litter and other vegetation in which they dwell. Albinos and other mutants, however, stand out and are therefore much more vulnerable to predation.

Although morphs in nature may not fare well, let’s hope that reptile breeders continue to tinker with the genetics of their livestock. You never know what you might come across next, and the constant parade of reptile morphs is always a wonder to behold!