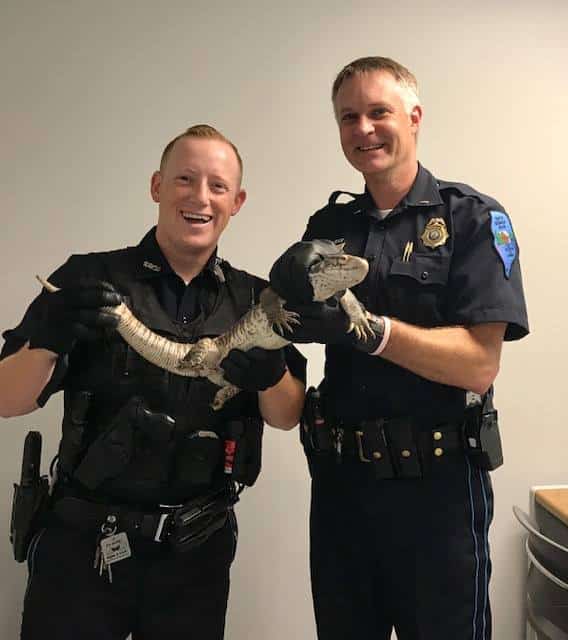 Police in South Berwick, ME, found a lizard sunning itself a garden on the city’s Main Street and posted a photo of the reptile, and some police officers, onto its Facebook page in hopes that the owner is located. The reptile was found at the intersection of Main and Butler streets and are hoping someone knows the owner.

*** FOUND – INFO NEEDED *** Well this was certainly a first! This lizard was found sunning in a garden on Main St….

“Well this was certainly a first! This lizard was found sunning in a garden on Main St. near the intersection of Butler St,” the South Berwick, Maine Police Department wrote on its Facebook page. 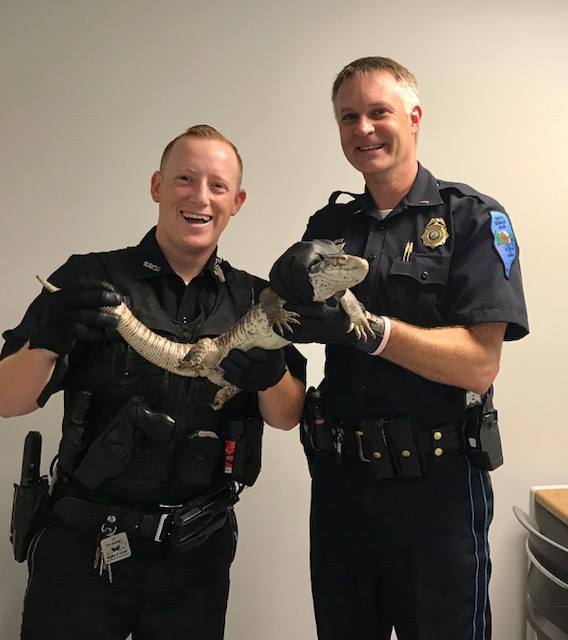 Savannah monitor (Varanus exanthematicus) lizards are an ideal captive for experienced reptile keepers. They grow to about 3 feet in length and need a very large enclosure so they can move about. They are an interesting species with very demanding care requirements and are captive-bred in the United States.