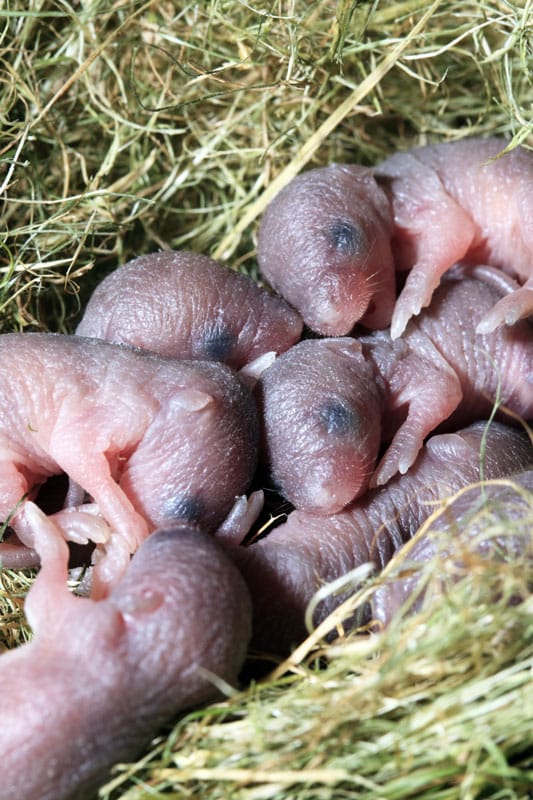 The first nationwide set of standards governing rats and mice raised as food for reptiles and birds of prey.

Feeder rodents do not fall under the Animal Welfare Act, giving individual breeders the f reedom to determine cage, transportation and handling guidelines. Most producers adhere to professional standards, the committee emphasized, but "there have been a few operations with unsanitary conditions and substandard care and housing.”

PIJAC President and CEO Mike Canning helped recruit the 29 committee members, who were drawn from breeders, retailers, equipment suppliers and other expert groups. 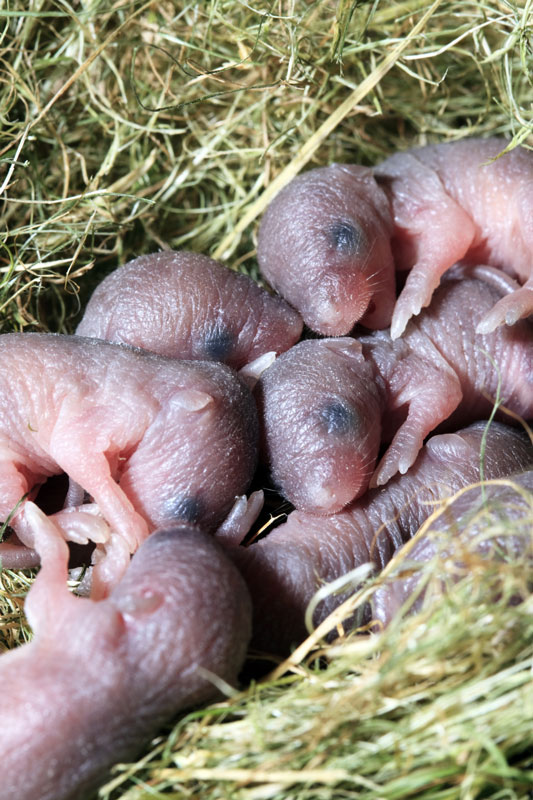 The feeder rodent industry classifies mice by age. Newborn, hairless mice such as those above are called "pinkies.” Other sizes include fuzzies, hoppers, weans, adult and jumbo.

"As an industry, we need to set the bar high,” Canning said. "These best management practices are another step in an ongoing effort to develop voluntary, industry-driven practices as an alt ernative to obtrusive government regulation.”

The best practices, available here, cover everything from enclosures and bedding to nutrition and euthanasia.
The most common feeder rodents produced in the United States are the house mouse (Mus musculus) and the Norway rat. The female breeder mouse produces three to 12 offspring up to 10 times a year. The female rat may bear 8 to 18 pups as many as seven times a year.

Large breeding operations can produce thousands of offs pring a week, some of which are immediately frozen under American Veterinary Medical Association euthanasia guidelines. Others grow to a variety of sizes before being shipped live or frozen to distributors, stores and hobbyists.

Failure to adhere to husbandry standards can lead to parasites and disease, including mite infestations and respirat ory infections within mouse colonies, the PIJAC report stated. Of equal concern is the threat to people from the spread of zoonotic diseases such as salmonella, lymphocytic chorio meningitis (LCMV) and rat bite fever.

"Without a steady supply of quality mice and rats, there would be a significant disruption in the production, distributio n and health of captive rodents in private possession as well as in zoos and museum collections,” the report stated.

Nearly 100 best management practices are outlined in the report. They include advice on bedding—pine or aspen chips are recommended¬—and dietary tips such as avoiding the consistent use of prophylactic antibiotics.

Enclosures should be allowed to dry thoroughly after being washed in a detergent solution and soaked in a sanitizing agent such as diluted chlorine. During the transport of live r odents, ventilated containers marked "Live Animals” should be kept in a temperature range of 65 to 85 degrees Fahrenheit.
The committee members ranged from rodent bre eder Bill Brant of The Gourmet Rodent in Newberry Fla., and reptile breeder Kim Bell of Reptile Industries in Naples, Fla., to veterinarian and snake breeder Shane Whitaker of Cha ttanooga, Tenn., and Phil Goss, president of the U.S. Association of Reptile Keepers.