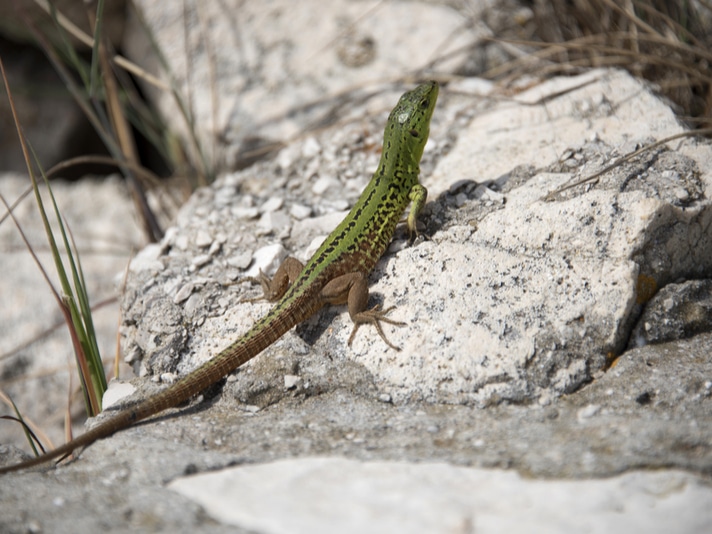 The Italian wall lizard (Podarcis sicula) has found a suitable home in a Los Angeles area suburb, and a 10th grader from an area high school is studying them after receiving a grant fromn the Southern California Academy of Sciences. According to the Los Angeles Times, Hayden Kirschbaum is working with herpetologist Greg Pauly, curator at the Natural History Museum of Los Angeles, studying the lizards and capturing as many as they can from a San Pedro neighborhood in which they have become established. In total, the lizard has been found in a 10 square block radius from where they were originally released by a man who, in 199 4, brought four male and three female lizards back from a trip to Italy.

Pauly, who has been studying the invasive lizards for several years, told TheTimes that he has seen thousands of the wall lizards but only two native lizards, and believes that the wall lizards have effectively pushed out the native lizards from the backyards, walls, and telephone poles in the neighborhood south of Los Angeles. The impact the Italian wall lizard has on the native lizards of the area is unkno wn and Pauly, with assistance from Kirschbaum will help to find out. They go around the San Pedro neighborhood and capture the lizards by using a small noose attached by a string to a fishing pole. Each lizard that is captured is then euthanized on the spot to preserve the animal's gut content. The contents will help Pauly and Kirschbaum to determine what exactly the lizards are eating and if their menu items have adverse impacts on native species.

The Italian wall lizard's native range includes Italy, Bosnia and Herzegovina, Croatia, France, Serbia, Montenegro, Slovenia and Switzerland. It has been introdu ced to Spain, Turkey, and the United States. It thrives in Mediterranean type regions and can be found in shrub-like vegetatation, rocky areas and outcrops, rocky and sandy shorel ines and in gardens and urban areas.