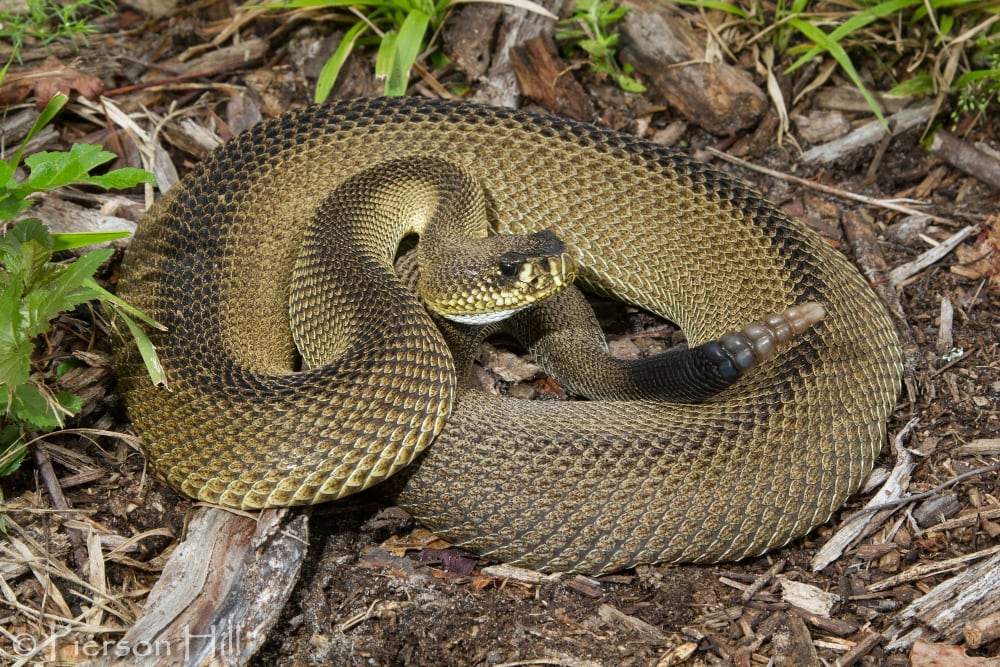 What is an eastern diamondback rattlesnake without the distinctive diamondback pattern that the snake is named for? In this case, it is a patternless

The snake, which was found and reported to the FWC Fish and Wildlife Research Institute by Kristen Bailey, was microchipped and released by Hill for ID and research purposes in the future.

“This color morph is exceptionally rare – only a small handful of patternless diamondbacks have been documented by biologists,” the FWC wrote on Facebook. Hill thinks that this patternless trait is heritable, as other snakes have been found in the population with the same patternless trait. Both parents need to contribute one or more recessive genes to create patternless offspring, Hill said.

The eastern diamondback rattlesnake is the biggest venomous snake in the Americas, with recorded lengths nearing eight feet and weights in excess of 35 pounds. The eastern diamondback has massive fangs that can approach a full inch long and can pump as much as 450 mg of venom (less than 150 mg can kill a human) in a single bite. They are known to inhabit pine forests, mountains, and dry marsh and coastal areas of Florida as well as the lower southeastern United States.