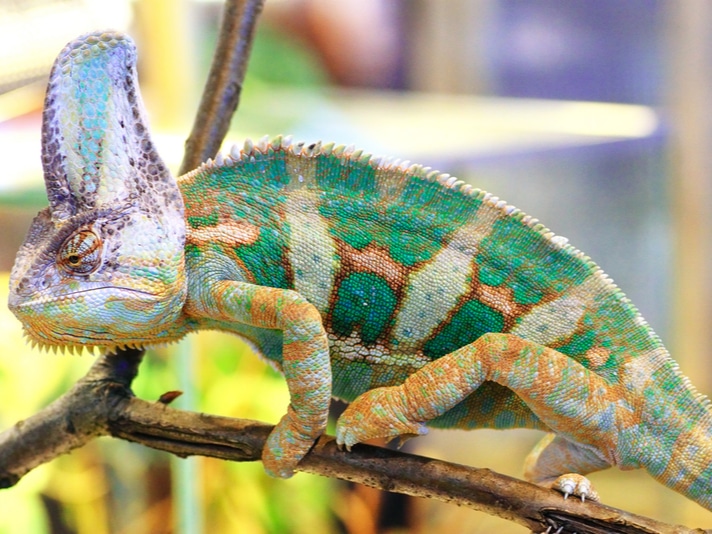 Two veiled chameleons seized were the property of a paying customer and she wants them back.

When the Calgary Humane Society seized more than 300 reptiles from Riverfront Aquariums in Calgary November 20, they also seized animals that had already been bought and paid for by customers, and one of those customers, Rachel El-Roumaihi wants her two veiled chameleons back. The problem is, the Calgary Humane Society is charging her $400 for the return of her property.

“Unless I pay $400 dollars by close of business this Friday, those animals will be the property of the humane society and I will never be able to get them back,” El-Roumaihi told Global News Canada.

El-Roumaihi said she visited the store several times a week and they were fine and did not take them home yet because they were not yet big enough to integrate with her other veiled chameleons. Her lizards were in a tank mark sold with her name on them.

“The animals were in care and control of the business at the time of the seizure, making ownership irrelevant to enforcement action taken. . . anyone submitting an ownership stake in a seized animal will be required to provide proof of ownership and pay costs of care in order to redeem animals. . . all animals seized from the business were deemed by an exotics veterinarian to be in distress.”

So what is going on up in Calgary? Is this overreach by the humane society or were there legitimate issues at the facility where these reptiles were seized.  Four hundred dollars for the return of someone’s reptiles held 20 days? That is like when your car is towed for illegal parking. Email me at jvirata@i5publishing.com if you can shed some light on this seizure, or leave comments at the end of the page.