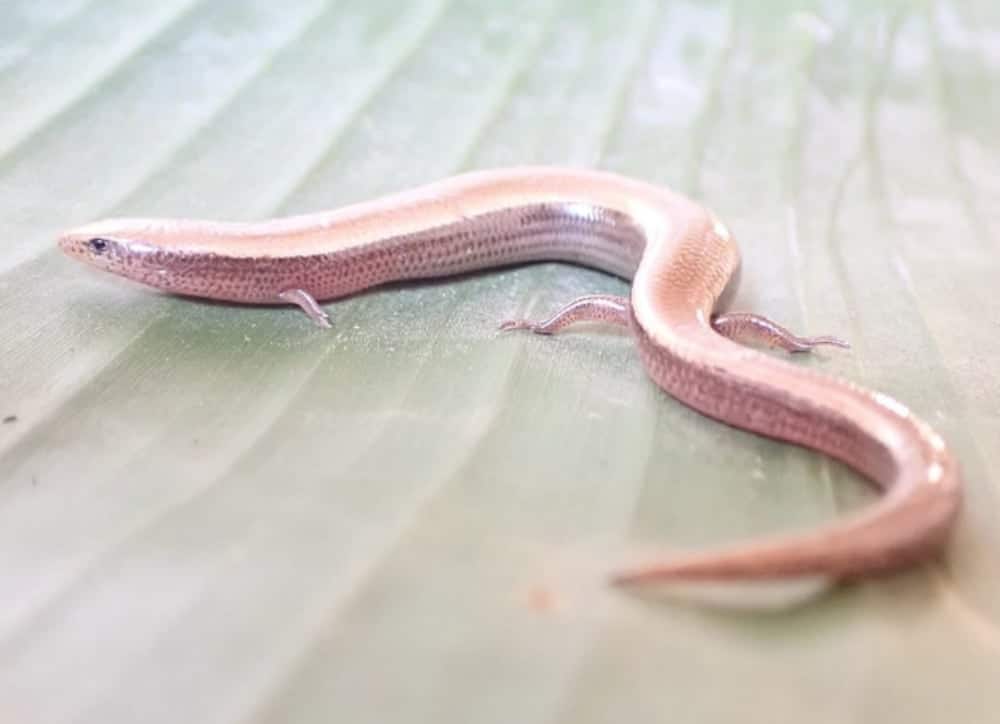 One Sentence In 1944 Autobiography Leads To Rediscovery Of Montane Skink

A skink that has not been seen in the wild since 1918 has been rediscovered by Extinct or Just Shy.

A skink that has not been seen in the wild in Mozambique since 1918 has been rediscovered by Extinct or Just Shy, a project funded by the Rufford Foun

A skink that has not been seen in the wild in Mozambique since 1918 has been rediscovered by Extinct or Just Shy, a project funded by the Rufford Foundation that has been working to locate both the Proscelotes aenea skink and the Scolecoseps boulengeri skink. With one found, the search is on for the other species.

Naturalist Arthur Loveridge was the last scientist to record the existence of the montane skink in 1918, when he collected six specimens during a two month expedition in the area. In Loveridge’s field notes, he was very vague with the description of the locale, calling the area in which he found the reptiles as a “British Campsite” three kilometers from Mozambique Island in the town of Lumbo.

The lack of specificity or detail in Loveridge’s field notes made it difficult for Extinct or Just Shy researchers Wilson Monia, Abdulrabe Jamal and Ali Puruleia to pinpoint the location, until they had access to Loveridge’s autobiography.

One sentence in the autobiography provided the clue the researchers needed to pinpoint the location of the skink.

“The camp itself was on a kind of peninsula; on the farther side of Lumbo Bay there were acres of mud flats covered by mangrove trees,” Loveridge wrote in his autobiography  “Many Happy Days I’ve Squandered.” The researchers found the site on Google Maps and then set traps. They were able to capture four skinks, according to their notes on the Extinct or Just Shy website. The researchers found the skinks in Lumbo after four months of surveying the area. They have yet to find Scolecoseps boulengeri.

Harith Farooq who runs the Extinct or Just Shy project, is working to determine how healthy the population of Proscelotes aenea skinks are. Farooq’s team will also survey areas on the coast between the cities of Lumbo and Pemba that are less urbanized in hopes of locating Scolecoseps boulengeri.

“In our study we plan to assess the existence of these two species in Lumbo and sequence their DNA for the first time, the researchers wrote on the Extinct or Just Shy website. “Finding these species is expected to have high conservation implications and contribute significantly to the understanding of their genetic diversity.”

Loading...
Newer Post
Snakes Resort To Inbreeding As Habitats Become Fragmented And Cut Off
Older Post
Iguana Who Lost Front Legs Due To Being Hogtied Now Eating On His Own
Advertisement