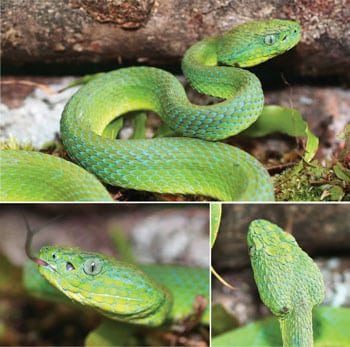 Researchers Josiah H. Townsend, Melissa Medina-Flores, Larry David Wilson, Robert C. Jadin, and James D. Austin have discovered and described a new species of palm pit viper from the Refugio de Vida Silvestre Texíguat region of northern Honduras that is a sister species to Bothriechis lateralis, a viper native to Costa Rica and western Panama. The new viper, named Bothriechis guifarroi after slain Honduran  environmental activist Don Mario Guifarro, was often mistaken with other palm pitvipers due to its similarity in coloration and scalation, but an analysis of its genetics determined that its closest relatives were more than 600 kilometers south, in Costa Rica. The venomous reptile was discovered in 2010 in the country's Texiguat Wildlife Refuge, a highland forest that is considered one of the most rich and diverse in Mesoamerica. According to the paper describing the species in ZooKeys, Bothriechis guifarroi is the 15th endemic species that occurs in the refuge. 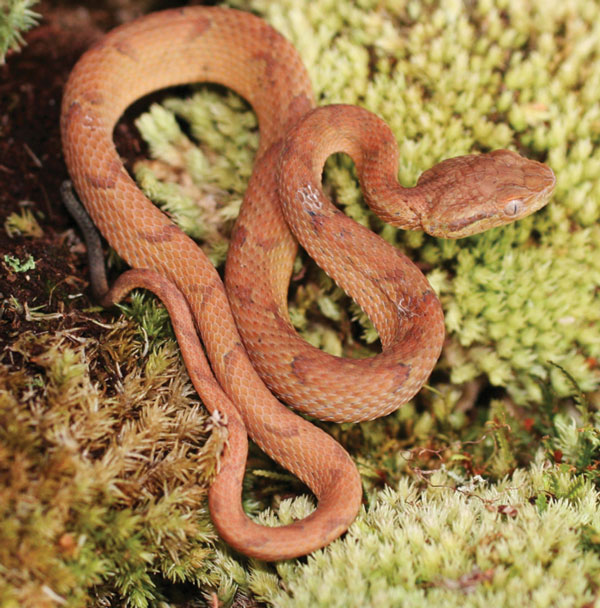 Bothriechis guifarroi differs from other similar pit vipers in that it has 19 dorsal scale rows at its midbody and a bright green dorsal coloration in adults. The largest specimens collected were about 28 inches in length. As juveniles, the snake has a brown phase, which later turns bright green as it grows. They are found in premontane wet forests as well as lower montane wet forests in Honduras. Bothriechis guifarroi joins Bothriechis marchi and Bothriechis thalassinus as the three species of palm pitvipers endemic to the region, and based on IUCN Red List criteria, Bothriechis guifarroi should be classified as Critically Endangered based on the limited knowledge of where it occurs as well as the potential of destruction to its habitat by such activities as illegal logging, according to the paper describing the species.

What are the world's most deadly venomous snakes?

Mario Guifarro, who the snake was named after, was a Honduran environmental leader who tried to stop illegal logging in Honduras. He was slain in September 2007 while on a mission to demarcate the boundaries of the Tawahka-Asangni Biosphere in an attempt to stop further illegal logging. His son, Shamir Guifarro Ramírez, the only witness to the murder was assassinated in 2008, along with Mario's father-in-law and mother-in-law.