The Pyrenean region, which is the mountainous area between France and Spain, has an abundance of fossils of dinosaurs that lived between 65 and 70 million years ago – just before they were wiped off the planet. There are literally dozens of sites with bones, footprints and eggs of the last dinosaurs that inhabited the earth, with the Tremp basin being one of the areas with the highest concentration of fossils. 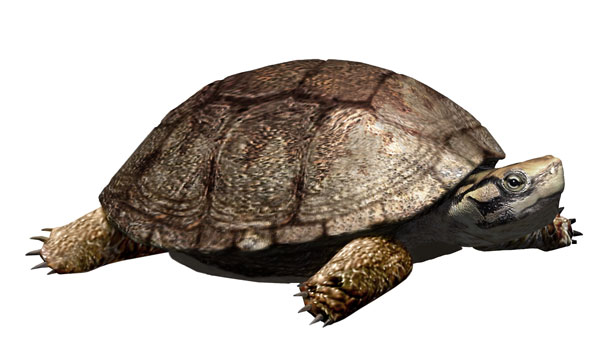 Turtles Were Common in The Pyrenean Region

But what is less well-known is the fact that turtles were also common in this landscape back then. In these Pyrenean sites today, their fossils are relatively abundant and usually consist of isolated shell plates or small sets of plates that can help to give a general idea of the morphology and size of the animal. Finding the entire shell is rare, however, and even more exceptional are the discoveries where parts of the skeleton are preserved within the shell.

In recent years, numerous discoveries of turtle remains have been made, spread over several sites in the municipality of Isona i Conca Dellà in Catalonia. At one of these sites, called Barranc de Torrebilles, the fossils found there by researchers from the Institut Català de Paleontologia Miquel Crusafont (ICP), the Museu de la Conca Dellà (MCD) and the Universitat Autònoma de Barcelona (UAB) have allowed a new species to be described. They have called it Polysternon isonae, reflecting the name of the area today.

The remains found consist of dozens of isolated plates derived from the fragmentation of shells through their sutures, and what is more important: a fragment of the ventral side of a shell and an almost entire shell, which, without being totally complete, show morphological features of great interest to paleontologists and have allowed them to describe this new species.

Previously, two species of the genus Polysternon were known with certainty: P. provinciale and P. atlanticum (plus a possible third in P. mechinorum), all of which only occurred as far as is known in the south of France and the Iberian Peninsula. They were turtles adapted to swimming and living in fresh water, in the deeper areas of rivers and lakes.

The shell of the newly-identified species P. isonae was oval, measuring about 20 inches long and 16 inches wide. The remains were found preserved in a very hard sandstone stratum of rock. Just over 65 million years ago, when the animal died, this was not lithified sandstone though, and consisted of fine sand that was washed away by river streams and deposited, along with the remains of other turtles in the Barranc de Torrebilles, at the bottom of one of these rivers.

Unfortunately, it appears that Polysternon did not survive the end of Cretaceous Period and went extinct with the dinosaurs. The close proximity of the site at Barranc de Torrebilles to the geological level that marks the end of the Cretaceous extinction, indicates that Polysternon isonae was possibly one of the last members of its genus.