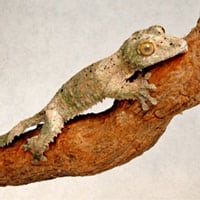 Five years in the making, the Living Amphibians, Invertebrates, and Reptiles exhibit has more than 60 species.

The Los Angeles Zoo and Botanical Gardens has opened a new exhibit featuring reptiles, invertebrates and amphibians that was five years in the making and features more than 60 species in 49 new exhibits that resemble the locations in which the animals live in the wild. 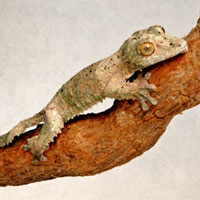 More than 60 species are showcased at the LAIR at the Los Angeles Zoo.

Opened March 8 and called the LAIR (Living Amphibians, Invertebrates, and Reptiles), the exhibit features six themed areas: Damp Forest, which resembles a tropical rainforest and features such animals as Fiji Island banded iguanas, poison dart frogs, a Chinese giant salamander, the largest salamander in the world; Betty Bite and Squeeze room, which showcases a variety of venomous snakes, including a Mangshan viper, green mamba, and a bushmaster; The Care and Conservation Room offers a glimpse in how the zoo is working to conserve endangered and rare animals and also features a Behind the Glass room where visitors can see up close how zookeepers care for and maintain the animals in the exhibits; Desert Lair, which mimics the desert climate of Mexico, Arizona, and Southern California, showcases the herps from the region, including the desert hairy scorpion, Gila monster, speckled rattlesnake, Sonoran toad, California kingsnake and San Diego gopher snake; Crocodile Swamp offers visitors a chance to see false gharials, a Southeast Asian crocodile that can grow to 15 feet; Arroyo Lagarto is an outdoor exhibit that showcases the desert tortoise and radiated tortoise habitats as well as desert plants native to Mexico and Southern California.

The LAIR's main building is 6,289 square feet while the Desert LAIR building is 2,085 square feet. The exhibits also feature hand painted murals that detail the natural habitats of the various species on display at the LAIR. For more information on the LAIR exhibit at the Los Angeles Zoo and Botanical Gardens, visit http://www.lazoo.org/lair/

Below is a complete list of animals on display and their themed area: